Following the final international break of the calendar year, the Eredivisie resumed its normal service with a pair of fixtures getting underway simultaneously on Saturday evening which saw Ajax tune-up for Tuesday’s UEFA Champions League engagement with AEK Athens by hitting struggling NAC Breda for three without reply while an 83rd minute Nick Kuipers effort saw ADO Den Haag snap a run of five games without a win in all competitions by edging out hosts, PEC Zwolle in a five-goal thriller at the MAC3PARK Stadion.

The day’s action was concluded with two more matches taking place concurrently that saw reigning Eredivisie champions, PSV Eindhoven put three past an undermanned Heerenveen to post a thirteenth-straight league victory while Fortuna Sittard continued to exceed expectations by hitting high-flying Heracles for three to muscle their way into the top ten. 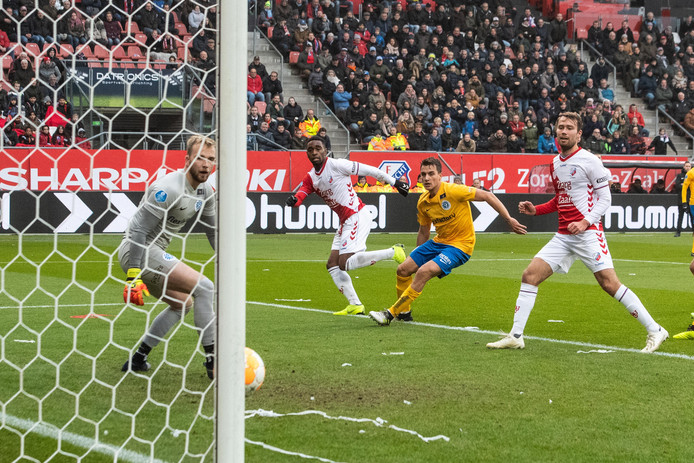 Meanwhile, first-half goals from Matus Bero, Oussama Darfalou and Bryan Linssen saw Vitesse take all three points from their clash with Willem II in Tilburg before the thirteenth round of action was brought to a close at De Koel where a last-gasp leveller from Patrick Joosten in the third minute of added time saw an undermanned VVV Venlo snatch an unlikely point from their clash with visiting AZ Alkmaar.