The fourteenth round of action in the Dutch top flight began on Friday evening at the Van Donge & De Roo Stadion where three goals in the space of ten second-half minutes saw an undermanned FC Utrecht come back from the dead to snatch an unlikely share of the spoils from their clash with Excelsior.

Saturday’s Eredivisie action got underway in Arnhem where a 51st-minute Caner Cavlan effort ultimately proved enough to earn FC Emmen a point from their encounter with Vitesse.

Elsewhere, goals from Clint Leemans and Younes Namli saw PEC Zwolle end a run of three straight defeats by edging out an undermanned De Graafschap on the road in Doetinchem while a first-half double from Fran Sol saw Willem II get back to winning ways at the expense of AZ Alkmaar.

The day’s action was concluded in Friesland where Heerenveen rediscovered that winning feeling by hitting in-form Fortuna Sittard for three.

Sunday’s Eredivisie action began at the Johan Cruijff ArenA where Ajax cut PSV Eindhoven’s lead at the top of the standings to just two points by hitting a hapless ADO Den Haag for five. 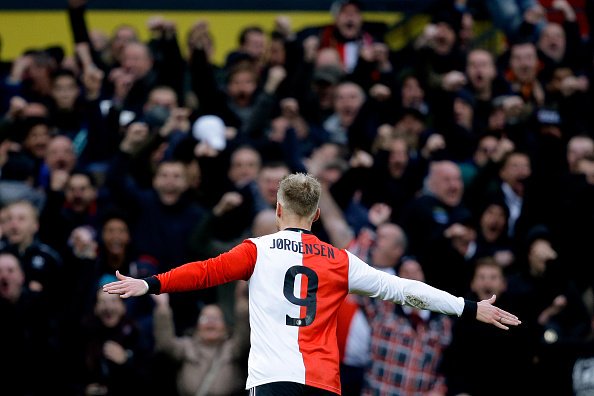 Elsewhere, Heracles edged their way back into the top four by smashing visiting VVV Venlo for four while first-half goals from Nicolai Jørgensen and Sam Larsson ultimately proved just enough to see Feyenoord bring PSV’s run of thirteen-straight league victories to an end at De Kuip.

The fourteenth round of Eredivisie action was concluded at the Hitachi Capital Mobility Stadion where struggling Groningen gave their survival hopes a much-needed shot in the arm by hitting rock-bottom NAC Breda for five.