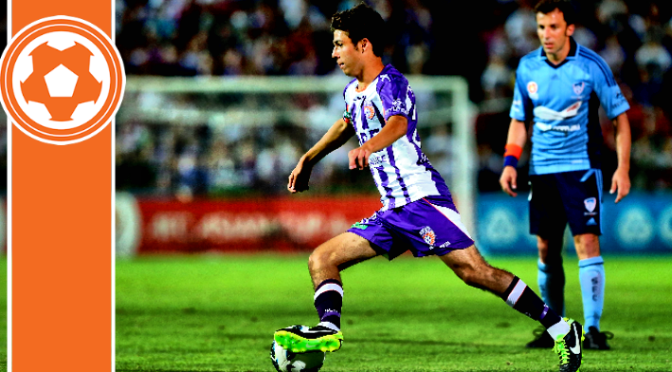 There’s been something of a revolution happening at Roda JC in the past few months  – one of the Down Under variety.  With Roda JC announcing today the signing of Aussie young gun Daniel de Silva, they now have signed 3 Australians in this transfer window.  De Silva will have compatriots Tomi Juric and Rostyn Griffiths for company in Kerkrade this season.  So Dutchman living the land of Oz, Rogier Waalder looks into who these Aussies are and why the sudden love for all things Australian for Roda JC.

Roda JC does have a bit of history when it comes to signing Aussie players having had the following players on their books:

One suspects though that this latest Aussie influx at Roda is down to the fact that they are using Han Berger as a Technical Director (via his football consultancy firm).  Berger has strong ties to football in Australia having been Technical Director for the Football Federation of Australia from 2009 to 2014 and even had a spell as National Manager during this time.  Berger is using his knowledge of the Australian market to Roda’s advantage, whilst offering Australian talent an opportunity to play in a European league.  All three of the current Australian players at Roda have been signed from the A-League but all three do have European experience.

Rostyn Griffiths was the first Australia to sign this transfer window when he joined from Perth Glory.  English-born Griffths went through the youth ranks at Blackburn Rovers and had loan spells at Gretna and Accrington Stanley whilst there.  He moved back to Australia and played for a few A-League clubs before heading off to China with Guanghzhou R&F before  further spell in the A-League.  A defensive midfielder, Griffiths is capable of scoring a goal or two has started all three Eredivisie games for Roda so far this season.  Griffiths is yet to be capped by the Socceroos so will be hoping his form keeps up in Kerkrade.

Tomi Juric is somewhat of a coup for Roda JC when he signed from Western Sydney given the fact that clubs like Hull City and Club Brugge were rumoured to be in for his services.  Juric has a similar playing style to Aussie legend Mark Viduka and both also share Croatian heritage.  Juric had spells in Croatia during his formative years but it was his spell with the Wanderers that earned him the plaudits with Juric contributing to the clubs fairytale Asian Champions League success in 2014.  Juric has been capped nine times for Australia and also contributed goals in Australia’s Asian Cup title in 2015.  A strong, mobile striker Juric will score goals if presented with opportunities.

Daniel de Silva is the closest thing Australia has to a ‘wonderkid’ at present and despite being only 18-years-old could prove to be a very shrewd signing for Roda JC.  De Silva is of Portuguese heritage and this skilful attacking midfielder caught the eyes of the football public during the Under-20 World Cup in 2013 when he scored a spectacular goal against Colombia when only sixteen.  His performances in that tournament resulted in a transfer to AS Roma who immediately loaned him back to Perth Glory.  There is some confusion as to whether de Silva is on loan to Roda JC from Roma or Perth Glory, with speculation that his Roma contract was terminated due to squad rules difficulties.  No matter for de Silva who knows that he is a Roda JC player for the next two seasons with Berger waxing lyrically in the Dutch press about the skills and potential of his young prodigy.

Footballing eyes in Australia will be keenly trained on the Eredivisie this season to see how this next generation of young stars handle the transition from the A-League to the Eredivisie and hopefully have the same success as the likes of Jason Culina, Tommy Oar and Brett Emerton.