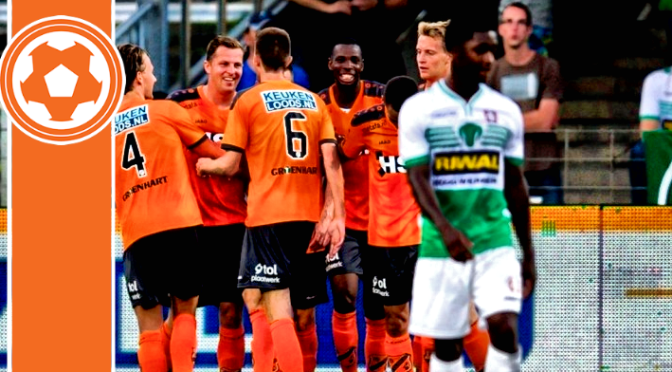 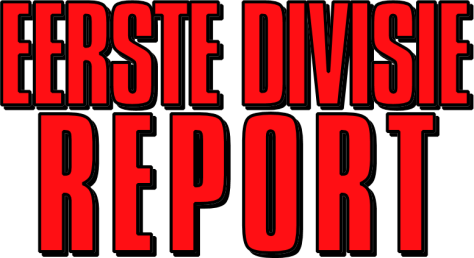 It’s a certainty that the Jupiler League has already seen some spectacular, surprising matches and this past Friday was not much different with VVV-Venlo going on a goal frenzy and NAC finally living up to the challenge writes Thomas Jacobs.

After two losses Robert Maaskant’s NAC really needed a win and they had the perfect opponent in Jong Ajax, who have been defending like statues this season. The three points were absolutely vital as the NAC-fans where – already – starting to get irritated with the club. Not only NAC, but MVV Maastricht as well have not earned any points after two matches. With an away-game in Oss in hindsight, it is going to be hard to get any points at all.

On the top of the table there are four sides with 100% records. Achilles ’29, Jong PSV, FC Volendam and FC Emmen are having a perfect season so far and latter is the first team who tried to keep their winning streak going, but in and against Den Bosch they never got any chance to do that. Just before the half-hour mark, Jordy Thomassen scored the first goal of many for FC Den Bosch. The home side were a lot stronger and via Arda Havar and Malcolm Esajas they eventually won the match easily with 3-0. A walk in the park for Den Bosch manager René van Eck.

Another team who kept their perfect start in tact was Achilles ’29, but this is seen as one of the biggest surprise in the league. Mentally wise a great boost, because both games where won after sensational comebacks. The third team they faced was RKC Waalwijk, who tied their first two games. In a really boring game chances where a rarity for both teams, 0-0 was therefore a logical, but quite disappointing end result. Leaving Achilles remains unbeaten and RKC Waalwijk with three points out of the same amount of matches.

Already two of the four teams with the perfect record did not manage to win their third match and Jong PSV was not an exception in this rule. Visitors VVV-Venlo were on rampage and nothing could stopped them that day. Especially their creative mastermind Gianluca Nijholt was on fire, he scored the first goal of the match – a brilliant screamer which smashed off both posts before crossing the line. The 25-year-old, who has attracted interest from De Graafschap, was also responsible for the third VVV-goal. Manager Maurice Steijn eventually left Eindhoven with three points in the bag after a simple, big 5-1 victory against Jong PSV.

The last club who didn’t lose a point in the first matches was FC Volendam. They already played against NAC Breda (4-1) and FC Den Bosch (2-0) and where full of confidence when they faced another relegated side in FC Dordrecht. ‘Dordt’ where the hosts, but Volendam took care of business. With the always dangerous, fast Gyliano van Velzen and ’goal scorer for fun’ Jack Tuyp it was already 2-0 at half-time. Latter was responsible for both goals. After the break, Dordrecht immediately pulled one back but this was not enough. On the hour mark, it was Kees Kwakman who made it 3-1. Therefore, FC Volendam are the only club with a 100% record after three matchdays.

Eindhoven – Rotterdam will be played in the Eredivisie this Sunday  (PSV – Feyenoord), but the rehearsal between the two cities took place in Rotterdam this Friday. Sparta hosted a match against FC Eindhoven. Latter was the better side, but just before half time it was even Sparta who came undeserved ahead via Loris Brogno. In the first five minutes of the second half they even scored two more goals. Paco van Moorsel and Thomas Verhaar eventually gave Sparta the flattered 3-0 win.

NAC Breda played their second home match, after the 1-4 loss against FC Volendam on the first matchday. They didn’t started well, but  took the control of the match eventually. Jong Ajax couldn’t get any big chances, and it was no surprise the hosts won the game. Goals from Mats Seuntjens, Kevin Brands and debutant Sjoerd Ars all fell in the first half. A simple 3-0 victory for Maaskant and his boys.

MVV Maastricht didn’t started well this season. Having nil points after two matches. Apparently, third time is the charm, because they finally earned the points they needed. FC Oss was their first ‘victim’ of the season.  MVV started the match with a good attacking style and within thirty minutes they were 0-2 ahead. Just a few minutes after the second goal, FC Oss were awarded a penalty and came back in the match. Stef Peeters made sure MVV would win the game with the third goal for the away side, clinching the three points.

In Velsen there was the match between rivals SC Telstar and Almere City. SC Telstar were the better team and came ahead twice via two free kicks from Mohammed Ajnan. He wasn’t the only one who scored twice that match. Sven Braken, who played for MVV last season, scored both Almere-goals, one of them was in dying seconds of the match. 2-2 was a result both parties could be happy with.

Eight of the nine matches have been covered. The ‘last one’ was between Helmond Sport and Fortuna Sittard. After a good start from the home team, it was Fortuna Sittad who took the lead just before half time via Lars Hutten. Fortuna Sittard-striker Lekesiz scored their second goal just after a hour. A good win + a clean sheet for Fortuna: 0-2.

Player of the week:

Gianluca Nijholt. Scoring twice against Jong PSV. The attacking midfielder from VVV-Venlo was  -without a doubt – the best player in the match versus PSV which they won 1-5, but also in this matchday.