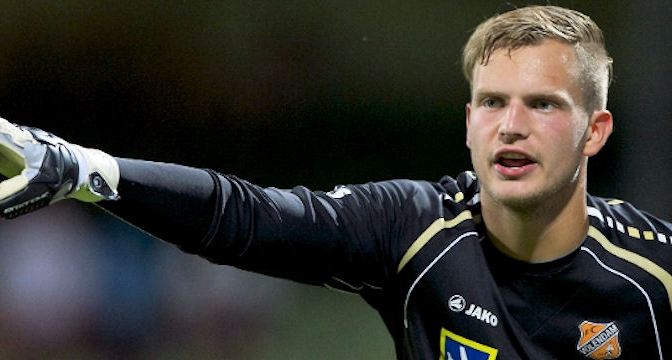 With the clumsy Sander Boschker in the dog house and first choice keeper Nikolai Mihaylov rumoured to be on his way, FC Twente have made their second signing of the summer a goalkeeper.

Sonny Stevens, 21 next month, has signed a four year deal with the Enschede club from Eerste Divisie side FC Volendam with an option to add another year.

The 6ft 4inch tall stopper made 42 appearances for Volendam since making his debut on 21st September 2010 in a KNVB Beker match at HVV Hollandia.

Since the departure of now FC Utrecht goalkeeper Robbin Ruiter from Volendam, Stevens became first choice. Volendam made a good go at promotion this year falling at the last hurdle in the playoffs against Go Ahead Eagles next week.

Current first choice, Bulgarian ‘keeper Mihaylov has been linked with Premier League side Fulham and with Boschker making disastrous mistakes as of late, Stevens may find himself receiving the number one shirt at Twente, sooner rather than later.