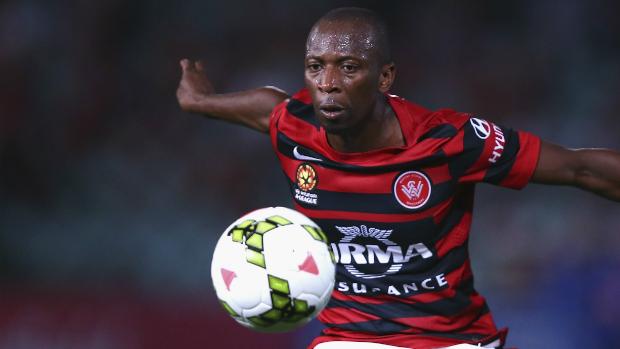 The Western Sydney Wanderers have enjoyed a charmed life in the A-League since their inception two years ago with successive second place finishes.  This meteoric rise from nothing to powerhouses of the Australian football scene was in part down to the recruitment of an astute young manager, Tony Popovic but also a playing roster that had excellent balance and experience.

However, since the end of last season, the Wanderers have lost key components of their team with the likes of Shinji Ono, Aaron Mooy, Youssouf Hersi and Jerome Polenz all departing for pastures new.

Popovic himself was rumoured to be leaving to seek a new challenge but instead has stayed on and clearly the challenge of rebuilding this successful side is one that appeals to him.  So all eyes were then on his player recruitment and the early signings of Dean Bouzanis and the Brazilian Vitor Saba from Brescia were steps in the right direction.  The announcement this week of the signing of former Dutch international Romeo Castelen has really set tongues wagging and the Wanderers firmly believe that they’ve picked up a potential star.

Castelen was released by the relegated Eredivisie side RKC Waalwijk at the end of last season and despite some good offers to stay in Europe, has decided to try a new adventure Down Under.  The diminutive right winger has been capped 10 times for Oranje and a lot is riding on him to be the creative force in the team that Hersi was over the past 2 seasons.  Castelen certainly has the pedigree to not only match, but eclipse Hersi’s stellar spell in the red and black jersey.  Castelen, who was born in Suriname, started his career with ADO Den Haag and after 3 productive seasons with them joined Feyenoord.  It was here that he established his career and earned his International Caps but his time at the club was cut short by injuries.  Castelen moved over the border to Hamburg but failed to reach his previous highs and only played 17 first team games in 4 seasons.

Castelen took a sabbatical after his Hamburg contract expired and after a year out of the game signed on for Russian outfit Volga Nizhny Novgorod, but again injuries cursed him and he was released after only playing 2 games in his first season.  RKC then offered him a lifeline and seemingly with his injuries behind him was a star performer in an otherwise disappointing season that ended in relegation.  Castelen ended up playing 29 games and scoring 6 times and this form is what has pricked the attention of Popovic and in fact it was Popovic himself who’s words of inspiration convinced Castelen to make the move to Sydney.

Much will be expected of Castelen in Wanderers colours as they seek to try and better the runner-up slot and go one better.  If he can produce the form from his early Feyenoord days and last season with RKC then the Wanderers will have one of the most exciting players in the league on their books.  Let’s hope for Castelen, the Wanderers and the A-League that his injuries are behind him and he enjoys his time in Australia.