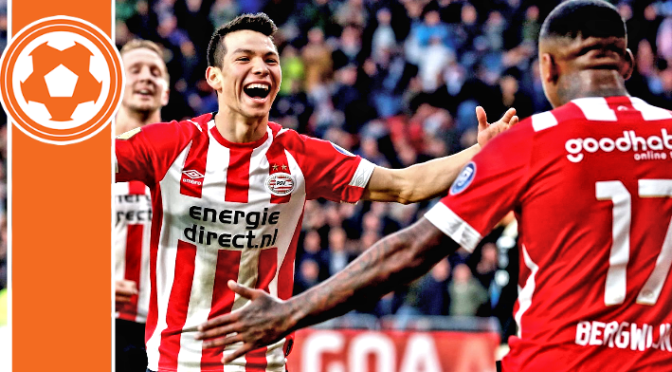 The sixth round of Eredivisie action got underway on Friday evening at the Polman Stadion where in-form Heracles made it three wins on the bounce by hitting an undermanned De Graafschap for four.

Saturday’s top-flight action got underway in Sittard where a 77th-minute effort from Jose Rodriguez ultimately proved enough to earn Fortuna a share of the spoils in an eight-goal thriller with visiting Willem II.

Saturday’s Eredivisie action was brought to a close in Arnhem where a 65th-minute effort from Abdenasser El Khayati ultimately proved enough to see ADO Den Haag put last week’s seven-goal humbling at the hands of PSV Eindhoven behind them by bagging a point on the road against ten-man Vitesse.

Sunday’s action in the Dutch top-flight began at De Kuip where a lone Robin van Persie goal three minutes from time saw Feyenoord snatch all three points from under the noses of a dogged FC Utrecht.

Elsewhere, a solitary first-half effort from Rick Dekker ultimately proved just enough to secure PEC Zwolle’s second victory of the campaign, on the road in Emmen while AZ Alkmaar edged their way back into the top five by hitting nine-man Groningen for three.

The weekend was brought to a close at the Philips Stadion where three goals in the space of fourteen first-half minutes saw reigning Eredivisie champions, PSV Eindhoven sweep aside the challenge of title rivals, Ajax in De Topper to move five points clear at the top of the standings.