With no Friday fixture following the international break, the fifth round of Eredivisie action got underway on Saturday evening with reigning Eredivisie champions, PSV Eindhoven tuning up for their UEFA Champions League encounter with Barcelona at the Nou Camp on Tuesday evening by hitting a hapless ADO Den Haag for seven in The Hague while VVV Venlo withstood a late fightback from hosts, De Graafschap to pick up their second win of the campaign. 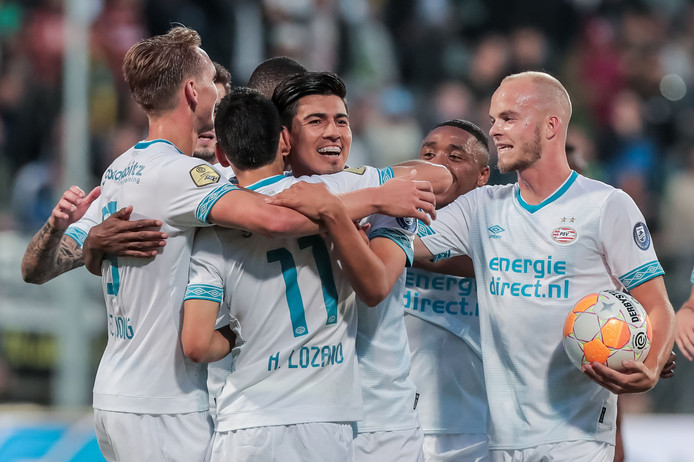 Elsewhere, a double from Klaas-Jan Huntelaar and a goal from Dušan Tadić saw the second of the Netherlands’ UEFA Champions League hopefuls, Ajax prepare for their meeting with AEK Athens on Wednesday evening by hitting struggling FC Groningen for three at the Johan Cruijff ArenA to move to within two points of pacesetting PSV while two goals in the space of two minutes saw Willem II come from two-down to salvage an unlikely point late on against visiting Excelsior.

Sunday’s Eredivisie action got underway at the AFAS Stadion where a Steven Berghuis effort five minutes before the break ultimately proved enough to earn Feyenoord a point against AZ Alkmaar.

In the day’s other games, a scrambled effort from Branislav Ninaj nine minutes from time ultimately proved the difference as Fortuna Sittard edged out hosts, NAC Breda in a five-goal thriller to post the club’s first victory since returning to the top flight of Dutch football while second-half goals from substitute, Luciano Slagveer, and Glen Bijl saw FC Emmen come from a goal down to post their second victory since achieving Eredivisie status at the expense of an undermanned FC Utrecht.

Meanwhile, Kristoffer Peterson’s second of the afternoon followed by a Mohammed Osman effort two minutes from time eventually put Heracles out of sight in an eight-goal thriller with Heerenveen before the fifth round of Eredivisie action was brought to a close at the MAC³PARK Stadion where a first-half double from Tim Matavž saw Vitesse Arnhem get back to winning ways at the expense of struggling PEC Zwolle.