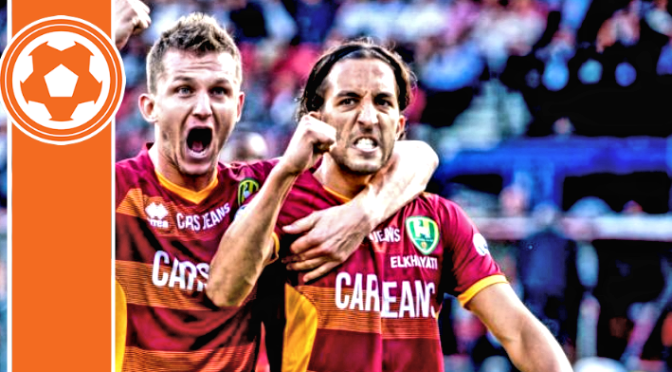 FOUR goals by Nasser El Khayati more than earns himself Player of the Week! The attacking midfielder, a summer signing from Queens Park Rangers has hit six goals for the season already.

It’s the oldest strikeforce in the Eredivisie up top for our Team of the Week as Robin van Persie and Klaas Jan Huntelaar’s goals made them a no-brainer in the forward line.

PSV smashed Willem II 6-1 thanks to two goals from Nick Viergever and boy did Angelino put in a shift. The Spanish left-back on-loan from Manchester city certainly looks a talent at this early stage.

Matthijs de Ligt and Hakim Ziyech are other entries from Ajax as they led their side to a 4-0 away victory in Arnhem versus Vitesse.