The first week of the Eerste Divisie is complete and as usual it was a weekend full of goals with only one goalless draw across the fixtures. Will Burns is on hand to describe the action. 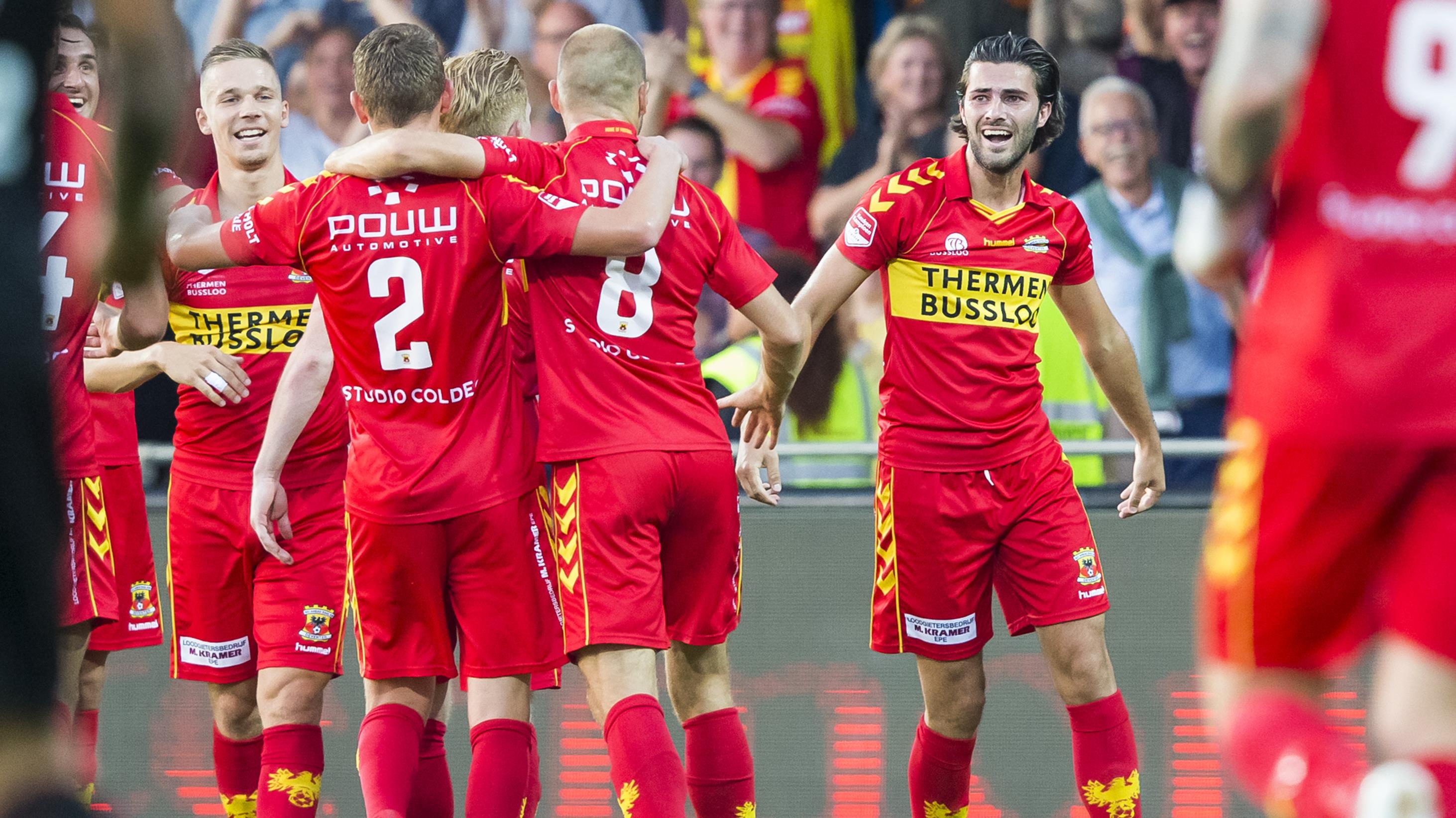 The big winners this week were Go Ahead Eagles who thrashed Jong FC Utrecht by five goals. It was the dream start for new coach John Stegeman as Richard van der Venne notched the opener on 22 minutes and defender Gino Bosz doubled the scoring by half-time. Thomas Verheijdt, Maarten Pouwels and Paco van Moorsel completed the rout after the break to send the De Adelaarshorst faithful home optimistic about the new campaign ahead.

On Monday night, Almere City defeated Jong AZ as the era of Michele Santoni began. The Italian left his role as Technical Coach for Cagliari in the summer to up sticks to the Netherlands and began life with a 3-2 win. It was eventful game that saw Almere three goals to the good before half-time with goals from Niek Vossebelt, Tim Receveur and Stijn Meijer. Almere left-back Moustpha Seck was shown red for a foul in the area and AZ’s Jelle Duin missed the spot-kick. AZ got a goal back against the ten-men through Tijani Reijnders and Ferdy Druijf scored in stoppgae time but there’s where the comeback ended.

In the Eindhoven derby, Jong PSV came from behind to dispatch FC Eindhoven 2-1 at De Herdgang. The visitors took an early lead when Siebe van der Heyden rose like a salmon to beat Dirk Abels to head home a 6th minute free-kick. However, Zakaria Aboukhlal equalised in first-half stoppage to level the game up with a long range effort that took a deflection. Full-back Jordan Teze found himself in unfamiliar territory to hit PSV’s winner.

Former Eredivisie champions FC Twente had a successful start to the campaign at home to fellow relegated side Sparta Rotterdam. German loanee striker Ulrich Bapoh notched after ten minutes played but former Nottingham Forest target man Lars Veldwijk equalised in the 16th. Tom Boere converted a penalty before half-time to wrap the game up for Twente.

Elsewhere, SC Cambuur clawed back a 2-0 deficit away to N.E.C. to take a point back to Leeuwarden with two late goals. Anass Achahbar, formerly of Feyenoord, and Sven Braken gave Nijmegen to lead only for Frank Sturing to score in the wrong goal three minutes from time. Full-back Emmanuel Mbende was the hero notching five minutes in stoppage time to make it 2-2 and send the away fans home in jubilation.

There was further wins for RKC Waalwijk, TOP Oss and FC Den Bosch before the weekend was over while FC Dordrecht and Helmond Sport played a goalless draw.