On deadline day over in England, Sky Bet Championship side Reading FC pulled off quite a coup by the loan signing of Dutch winger Ola John from Portuguese giants Benfica. Fin Crebolder is here to inform the Reading fanbase what they are about to witness…

After being born in Liberia, Ola John moved to the Netherlands at a young age, and joined the youth academy of Dutch giants FC Twente at the age of ten after spending two years at minnows DES Nijverdal. He made his professional debut for the club in November 2010, at the age of 18, coming off the bench against AZ Alkmaar. This set the tone for the rest of the season for John, as he came off the bench in nine more games, and even started in three games, managing to get one goal and one assist in 13 appearances overall.

The 2011/12 season was John’s true breakthrough season, as he established himself as one of the nation’s biggest talents. He came on as a late substitute in the first game of the season, but due to an injury to Nacer Chadli, he made the left midfield spot his own from the second game, where he got his first assist of the season. He notched his first league goal for the club in October, in a 2-2 draw with Excelsior, and this sparked a truly remarkable run of form for the 19-year-old, where he got either a goal or an assist in six consecutive games.

John continued this form throughout the season, putting in some very impressive performances, including a game against where he got two goals, one assist and inspired his team to a 6-2 victory. He also impressed in the Europa League, and in the group stages particularly, where he got six assists in six games. He ended the 11/12 campaign with nine goals and an incredible 22 assists in all competitions. This earned him a place in the preliminary Netherlands squad for Euro 2012, an impressive achievement for such a young player.

After it became clear that John was a huge talent, it was inevitable that bigger clubs would come sniffing, and in May 2012, he signed a five-year-deal with Benfica. His first season at the club was relatively successful. After initially struggling to make an impact, being behind Eduardo Salvio and Nicolás Gaitán in the pecking order, he eventually managed to get himself a place in the starting line-up, and enjoyed a good run of form across league, cup and European matches, finishing the season with a respectable four goals and eight assists.

After a solid but unremarkable first season for the Portuguese giants, John was expected to kick on in his second season, but things did not go to plan. At the start of the season, the club signed promising winger Lazar Markovic from the Serbian league, and he impressed straight away, making the Dutch winger the fourth choice. In order to get first team football, John left for German Bundesliga side Hamburger SV on loan in January, hoping to help keep them in the German top flight whilst showing his talents. Again, this did not go to plan, as he failed to impress in eight games for the club, although they did stay up, and this capped off a very disappointing season for John.

He returned to Benfica at the start of the 14/15 season expecting to leave the club in the summer transfer window. However, after Liverpool signed Lazar Markovic from the club, John ended up staying, moving up the pecking order and enjoyed a better season than the previous. Although he continued to struggle to get in the starting line-up, he managed to make an impact off the bench throughout the season, notching up four goals and seven assists. His final action for Benfica was scoring the winning goal in the Portuguese League Cup final.

Overall, his time at Benfica was disappointing considering the huge potential that he arrived with. He never managed to nail down a place in the first team and play his best football, and the fans never really warmed to him either, often complaining about his lack of footballing intelligence, an attribute that was seen as very important by both the fans and coaches of the club.

John is a player that will truly excite fans with his blistering pace and quick feet, as well as his dangerous long shots. He is capable of playing on either wing, but is most comfortable playing on the left and cutting inside onto his stronger right foot where he will look for an opportunity to release a shot or play in one of his team-mates. In terms of comparison, his style is similar to that of his compatriot, Memphis Depay.

Alongside his very impressive pace and dribbling, John also has excellent passing ability, and these attributes mean that he can unlock almost any defence on his day. It would be unfair not to mention his weaknesses, and as already mentioned, his footballing intelligence is not the best, and he was often tactically in the wrong during his time at Benfica, something that Jorge Jesus felt was important, hence his lack of starts. Like many players of his style, John’s work rate is also not the best, and he can often leave his full back exposed. 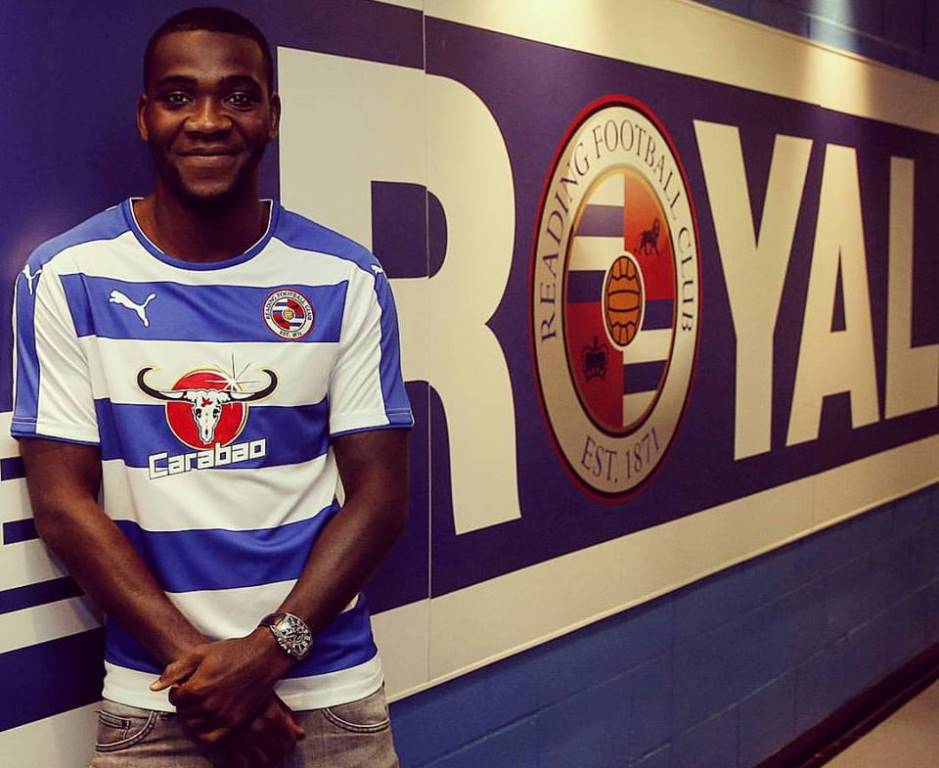 That brings us up to present day, where he has just signed for English Championship side Reading. Now, as a half-Dutch (his nationality) Reading (his current club) fan, I am undoubtedly (more than…) slightly biased, but Ola John still has the huge talent that he showed throughout his time at FC Twente, and in brief glimpses at Benfica, and this loan move seems like the ideal opportunity for him to reignite his career. He was scintillating in the Eredivisie and it’s fair to say that the English Championship is a slightly weaker league, so Ola John could find it easier to impress again.

In Reading, he has a club on the up with ambitious owners and a transfer window that has given them a club capable of challenging for promotion. As the club has an option to sign John permanently at the end of the season, he could find himself playing in the best league in the world this time next year, if he can rediscover the incredible form that earned him a move to one of Europe’s biggest clubs, and at the age of 23, there’s no reason why he can’t.