A player having his career turned around by the appointment of a new manager is hardly a new phenomenon in football, but there are probably few who have enjoyed such a transformation as Leandro Bacuna.

From considering whether he had a future at Aston Villa, Bacuna has established himself as a first-team regular since the appointment of Tim Sherwood as manager and has subsequently been rewarded with a new five-year contract 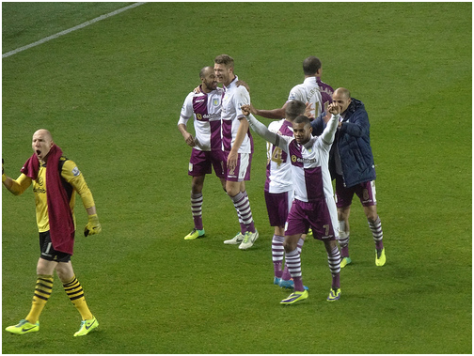 Talk of a call-up to the Netherlands squad ahead of Euro 2016 may still be a little premature, but Bacuna has shown how quickly fortunes can change in football and an impressive season could yet see him force his way into Danny Blind’s plans. If he can propel Villa towards a top-10 finish, for which they are 8/1 at the time of writing with Betfair, then he could be the man to provide the back-up for Gregory van der Wiel in France next summer.

The 24-year-old joined Villa from Groningen in the summer of 2013 for a relatively bargain price of £1.5million and he was signed initially as a winger. During that first season at Villa Park under Paul Lambert, Bacuna carved out a reputation for being something of a dead-ball specialist and he scored five Premier League goals.

He was also given a few games at right-back by Lambert, but the start of Bacuna’s second season saw the Dutchman fall out of favour. So much so that, up to December 2014, Bacuna had made just three substitute appearances in the Premier League. It wasn’t until New Year’s Day, in a 0-0 home draw with Crystal Palace, that Bacuna actually started a league game last season.

In truth, it wasn’t until the appointment of Sherwood as the long-term replacement for Lambert that things really started to look up again for Bacuna.

Arguably a key moment in Bacuna’s Villa career was when he scored in the 2-1 victory over Leicester in the FA Cup, with Sherwood watching on from the stands. Bacuna cut in from the left-hand side of the penalty area and curled home a perfectly-placed shot. What better way to demonstrate to the new manager what you can offer?

There was probably a little bit of good fortune on Bacuna’s part, and misfortune on that of his team-mates, that he was given a chance in the team in the Premier League after Sherwood took charge. With Villa short on fit defenders, Sherwood picked Bacuna at right-back and it was an opportunity he grasped.

Bacuna started 11 of Villa’s last 13 games in all competitions last season and was a key figure in helping the club stave off the threat of relegation to the Championship. He started the final seven Premier League games and supplied five assists in all as Villa stayed up by three points.

Sherwood acknowledged that Bacuna did have to be given a crash course in how to play at right-back, but he has learned quickly on the job and seems to be a better long-term prospect in that position than another converted winger Antonio Valencia, who spent most of last season in a defensive role for Manchester United without ever looking convincing or offering enough going forward. It was no surprise that Louis van Gaal signed a specialist right-back in the summer in the shape of Matteo Darmian.

Bacuna was left out of the starting line-up for the FA Cup final against Arsenal last season, but Sherwood’s caution in preferring the experience of Alan Hutton was understandable on such an occasion and especially given Alexis Sanchez would have been his opponent.

However, further work on Bacuna’s role at right-back over the summer has clearly paid off as he was selected in that position for Villa’s opening game of the season at Bournemouth. He retained his place for the second game against Manchester United and performed a solid job up against his fellow Dutchman, Memphis Depay. There were one or two occasions when Bacuna was caught out by runs off the ball, but he generally did well in quelling the threat of Depay when he was out wide. 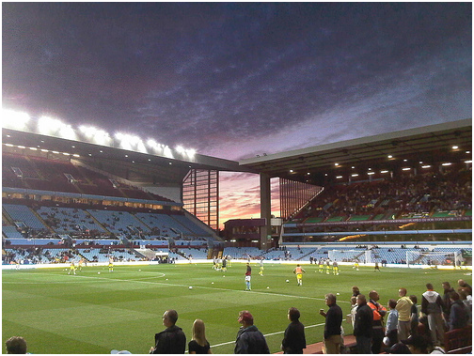 For Villa’s fourth game of the season, Bacuna was pushed back up into the role of winger against Sunderland and was substituted during the 2-2 draw. It’s likely that he is only going to play as a winger sparingly this season as Sherwood has spoken on several occasions about how he sees Bacuna’s long-term future at right-back for Villa.

Playing in that position has helped to improve his passing accuracy as he was at just 71.3% in his debut season at Villa, but that rose by seven per cent last season and he is nudging 80% in the early weeks of this season.

Keeping possession will be a key role to Bacuna keeping his place, but he has the raw materials to develop into a fixture at right-back. With such an emphasis on full-backs being able to attack proficiently in the modern game, Bacuna’s experience as a winger will stand him in good stead.

He has already shown an ability to learn defensively and, with the expected natural progression of continually playing at right-back, Bacuna can become one of the best in his position in the Premier League.

One thought on “The evolution of Leandro Bacuna”