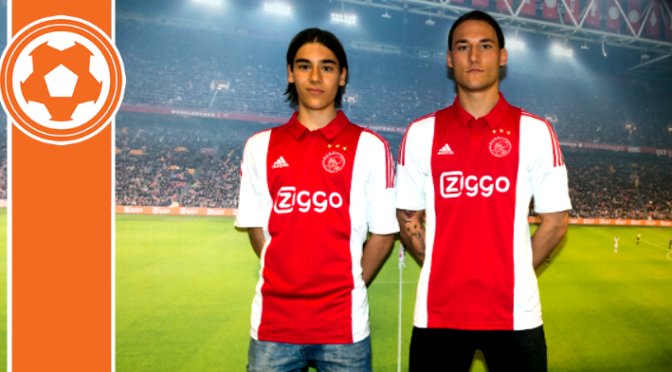 Eredivisie giants Ajax today announced a double Serbian signing from the same family reports Will Burns. The much anticipated transfer of AZ Alkmaar midfielder Nemanja Gudelj finally was confirmed this afternoon when he put pen to paper on five-year deal however, he did not arrive alone as his younger brother Dragiša joined from NAC Breda as well-reknowned coaching father Nebojsa posed for photos with the pair today in Amsterdam.

Central midfielder Nemanja Gudelj was born on November 16th 1991 in Belgrade and has plyed his trade in the Eredivisie since the summer of 2009, first with NAC Breda for four campaigns before moving onto AZ.

While in Breda he netted eight times over 79 appearances and also made 15 runouts for the Serbian Under-21 side during this tenure. During this time, his father Nebojsa was head coach of NAC and sold him in the summer of 2013 for a cool €3 million to Alkmaar. During his time at AZ over the past two seasons he has appeared on 64 occasions while scoring 17 goals. In 2014, he made the full Serbian international team nine times.

Joining on a five-year deal, Ajax have themselves a creative midfielder with a great first touch and tremendous dribbling skills. He looks to be a snip at the rumoured €4.5million that Frank de Boer has sanctioned for the playmaker.

Arriving at Ajax with his older brother is 17-year-old Dragi signing until June 2018. The young left-back will join the Ajax youth academy on a free transfer from NAC Breda on a three-year deal, and will aim to break through the first team within that contract.