Welcome to week six of our Eredivisie Team of the Week which leads into our Eredivisie ‘Player of the Season’ competition.  All players have performed so well this weekend that Martijn Hilhorst and Will Burns have decided they should be in our team of the week.  Each player in the eleven receives one point and whichever player is declared ‘Player of the Week’, he receives an extra point. 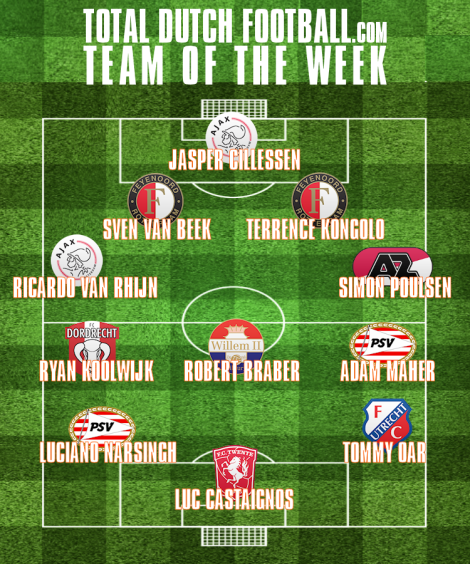