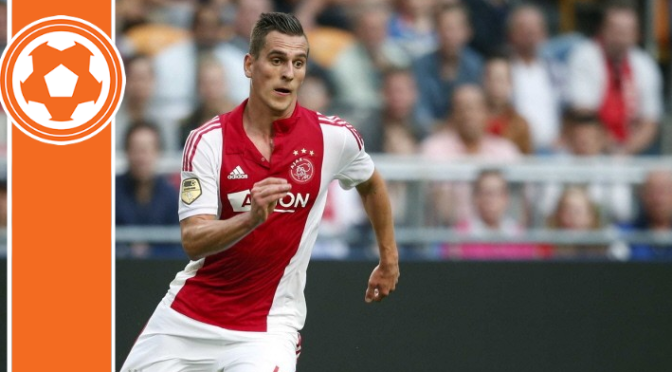 Both teams are coming off of somewhat disappointing domestic results heading into the match. Ajax struggled for long stretches in an unimpressive 2-1 win over Heracles Almelo, while PSG was held to a draw away at Stade Rennes.  One of the biggest storylines heading into the match Wednesday night is the homecoming of several former Ajax players now playing for PSG, center-back Maxwell, right-back Gregory van der Wiel and Zlatan Ibrahimovic. All three should receive a warm welcome from the home fans, particularly fan-favorite van der Wiel, who came up in the Ajax youth system.

PSG is a heavy favourite to go through in Group F, alongside Catalan giants Barcelona. Barcelona will face APOEL Nicosia in the group’s other match.  Ajax played very well in their three Champion’s League home matches a year ago, as they collected 7 points, tallying wins over Celtic and Barcelona while drawing AC Milan. The win against Barcelona particularly resonated within the Ajax squad. Ajax starting midfielder Davy Klaassen has cited the 2-1 victory at the ArenA last year as a reason not to count Ajax out in Group F. Ajax will need more than confidence to get a result against a top PSG side though.

In order to get a point, or three, Ajax will need to play a near flawless match. Something that has not happened this year, as the backline of Ajax has been exposed in the early part of the season. The biggest weakness for the Ajax defence is the lack of pace. The center-back pairing of Niklas Moisander and Joël Veltman has at times looked shaky. The veteran Moisander and the younger Veltman are still trying to find their rhythm together, as Veltman came to Ajax a bit late after taking an extended holiday following the World Cup. The outside backs have also looked vulnerable at times. Ricardo van Rhijn on the right, and Nicolai Boilesen on the left, have each struggled to defend teams with pacy wingers, something they will see a lot of on Wednesday night.

The defending from the Ajax back four will need to be tidy and wholesome, as the forwards for PSG, the likes Ibrahimović, Edison Cavani, and Ezequiel Lavezzi can capitalize on even the slightest mistake.

Meanwhile, Ajax’s attack has looked decent of late. Arek Milik scored a brace in last weekend’s win over Heracles Almelo, making the question of who starts at striker for Ajax on Wednesday a bit more complicated. Kolbeinn Sigthorsson would be the other option at the striker spot for Frank de Boer. However, Sigthorsson has not scored a home goal for Ajax since last February, yet, he has provided some timely goals and played in some big matches during his time at Ajax. Will de Boer go with the hot hand or stick with his gut?

Ajax will feature Davy Klaassen and Nick Viergever in the midfield alongside Lerin Duarte or Thulani Serero. Viergever is the replacement of Daley Blind in the defensive role while Klaassen is looked upon to be the playmaker of the midfielder. Duarte and Serero, both of which could be looked upon by de Boer to round out the midfield, are very different players. Serero is a small, quick, pacy midfielder who can create problems with his runs, while Duarte offers more defensively and is a much more capable tackler. The other option de Boer could go with, is new signing Niki Zimling, who made his debut for Ajax against Heracles. The experienced midfielder could bring some much needed leadership and toughness into the midfield.

The players from Ajax will not back away from this challenge and will embrace it head on. This is a team that, in recent years, has gone to stadiums like Camp Nou and the San Siro, faced off against players like Lionel Messi and Cristiano Ronaldo. While the competition Ajax will face Wednesday night is much better than what they see on a week-to-week basis in Holland, they will be ready. Ajax will fight valiantly and compete, creating some chances and giving the home fans some hope, but in the end PSG has too much class for a young, rebuilding Ajax squad.