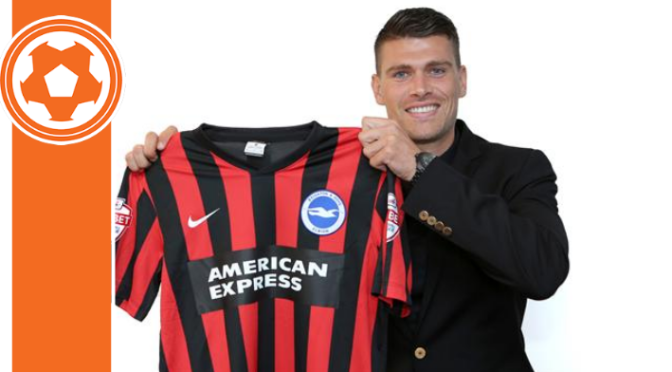 This past Tuesday night, Brighton and Hove Albion handed a debut to midfielder Danny Holla at Elland Road in a 2-0 win over Leeds United in the English Championship. However, in Brighton not much as known about the tenacious Dutchman, Will Burns is here to tell all…

Danny Holla is only 26, however it feels he has been around Dutch football for a long time after making his debut at FC Groningen aged 18 with six appearances in his first season. With over 100 Eredivisie starts, he will bring a lot of big game experience to Brighton this season in the Championship.

I have primarily been watching Holla over the last two seasons at ADO Den Haag where the battling midfielder has been a leading figure in the side notoriously known for their participation in relegation battles, year after year. Over the last two campaigns, Holla helped Den Haag be safe consecutively making it into 9th position just outside the European playoff places.

Although he is classed as a defensive midfielder, Holla will surprise a few people with his attacking prowess. With a great right-foot from long range he found the net 14 times in 54 appearances in Den Haag and I think in the Championship he could find more. ADO were disappointed when trying to secure Holla to a new contract in the summer, however he decided to continue his career elsewhere.

The hard-working 26-year old has a great knack in gaining the interception and controlling the play. When he has the ball, he is very comfortable and with a strong upper body, he can shrug off the majority of challenges. His stocky physique is ideal for the English game, as he loves to stick his boot and succeed in the tackle. He will protect the defence as well arriving late on the edge of the area, to combine with the attacks to provide goals or assists. The forwards at Brighton will love being able to link up with Holla with his varied range of passing capability.

After his successful debut on Tuesday night, Holla spoke to Brighton’s official website Seagulls.co.uk: “It was good to get out on the pitch again. I haven’t played a game for three months and I’m a little bit tired now, but it’s a great feeling to get the three points.

“Everything has happened really quickly. On Saturday I went to the hotel with the team, before training on Sunday and Monday and then helping the team to victory on Tuesday. In the first-half, especially in the first 30 minutes, I was pleased with how I played and felt I showed a good range of passing.

“I still have to play a few games to get back to full fitness, so it was good to be involved last night. I hope I can play on Saturday and if I play in the next two or three games, then I will be fit. I hope I can play a lot of games. With this team we want to play good football from back-to-front. I want to help the team play good football, win games and score a lot of goals.”

I can see Holla fitting in very well at Brighton and possibly help the Seagulls fly up the league.