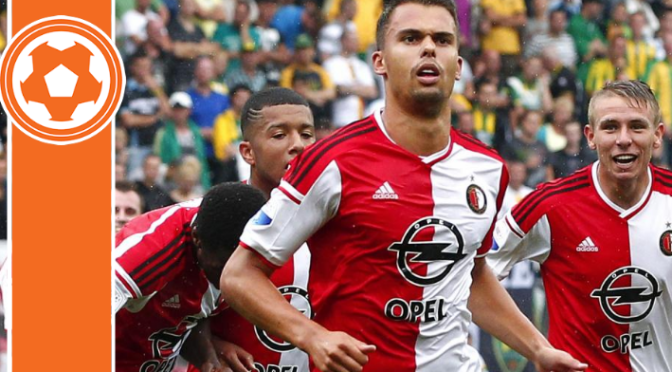 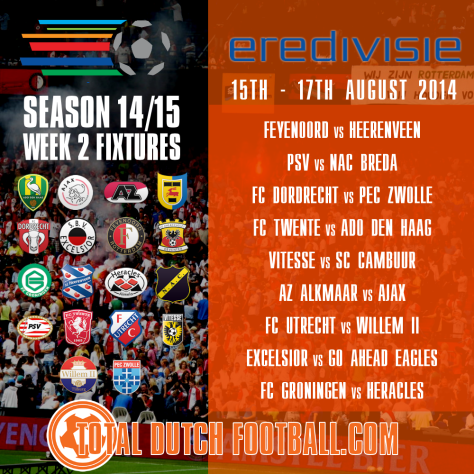 Friday night in De Kuip, Dwight Lodeweges takes his Heerenveen side to Rotterdam to face Fred Rutten’s Feyenoord in what Will Burns thinks will be an entertaining stalemate.

Last week was it was contrasting starts for both sides, Heerenveen fell to a last-gasp 2-1 defeat against Eredivisie new boys FC Dordrecht, whilst Feyenoord secured victory away to ADO Den Haag with an stoppage time Mitchell te Vrede goal.

Feyenoord and Heerenveen have added to their squads this week. A striker well known in the English leagues, Colin Kazim-Richards, apart from the paperwork being completed, has joined Rutten’s squad on loan from Turkish side Bursaspor. Lodeweges clinched the signing of exciting young Swedish winger Sam Larsson from IFK Göteberg on a four-year deal.

It can be debated that Feyenoord technical director Martin van Geel has had a poor summer transfer window, as Rutten is yet to be supplied with a top forward to replace top scorer Graziano Pellè. Although, it is heavily rumoured that John Guidetti could return to De Kuip before the August 31st transfer deadline. The signing of 21-year-old winger Larsson is an exciting prospect for Heerenveen. The tricky playmaker could prove to be a real force in the Eredivisie and is tipped for big things over the next few years. He could make his debut for Lodeweges’s side on Friday night.

The best price in the ‘Match Odds’ market at Bet Victor for me is the draw at 7/2. The Frisian side proved to be great travellers last season under Marco van Basten only losing four games of the 17 on the road and will look to retain that reputation. With Feyenoord on the ropes in the last month, a ‘lucky’ win against ten-men ADO on Sunday, did not impress many. Although, not withstanding last weekend’s poor performances, both sides can produce goals. However, I think if there is goals, they will cancel each other out.  The draw is great value at 7/2 and I fail to see a better bet than that in this one. However, if you want to go further and look for a score 1-1 is valued at 19/2 and 2-2 at a massive 15/1. It is still early days in the league and I think Feyenoord, with three points already in the bank, Rutten’s men may settle for a draw and I know Heerenveen will be pleased to put a point on the board after last week’s home defeat to Dordrecht. If you are looking to add this to an accumulator, Both Teams to Score seems a bit short at 11/20 but may be worth combining with another few games to gain some decent profit.