A re-arrangement from Week 20 sees FC Twente travel to Groningen on Wednesday evening to try and close the gap between themselves and league leaders Ajax.  How well does our tipster Will Burns think they’ll get on… read on and find out. 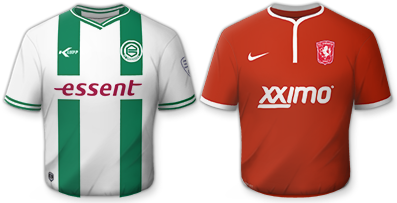 Twente can be within two points of top spot in the Eredivisie if they are successful in clinching all three points against 11th place FC Groningen.

A big blow to Groningen hopes on Wednesday will be the suspended Maikel Kieftenbeld after receiving a red card in Sunday’s derby defeat to Heerenveen. Twente coach Michel Jansen is expected to maintain with a 4-3-3 formation with the impressive Dušan Tadić in the attacking central role. On the wing, Youness Mokhtar and Quincy Promes will start to supply powerhouse striker Luc Castaignos.

The visitors have been victorious in all of their last six matches against Groningen in all competitions and I cannot see past them again here. PSV defeated Twente at the weekend but after Zwolle held Ajax it has give Twente a glimmer of hope of clinching another Eredivisie championship.

The best bet will be Twente to win at half-time and full-time at a great price of 13/8 at Betfair. Look for plenty goals to be scored and Twente leave the Euroborg just two points adrift of Ajax.