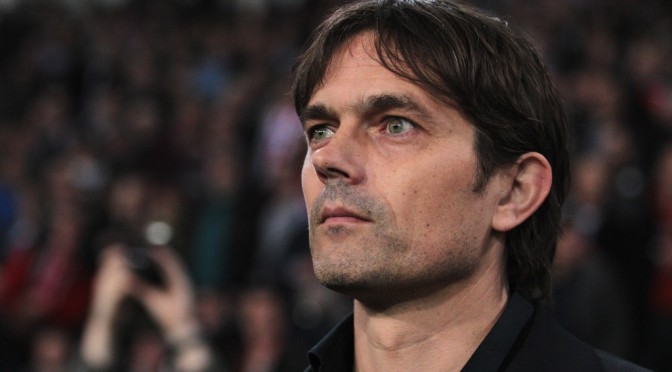 Voetbal International state that Phillip Cocu will sign a four-year contract early next week to become the new head coach of PSV.

Cocu, currently coach of the PSV A1 youth team replaces Dick Advocaat in the manager’s hotseat after just one season.

Former FC Eindhoven coach Ernest Faber and Chris van der Weerden be his assistants and the trio will be presented on Monday or Tuesday in a press conference.

Advocaat, had already decided in December already that he did not wish to stay beyond this season: “I think it’s too much at the moment. As I feel now, I will not go to another club to manage.”

“We all know what the problem is with PSV,” said Advocaat after the 2-1 defeat to AZ in the KNVB Beker final on Ascension Day. “There will be a number of players leave and therefore this makes money available to strengthen the squad. I think Cocu, Faber and Van der Weerden know what they want for next season.”