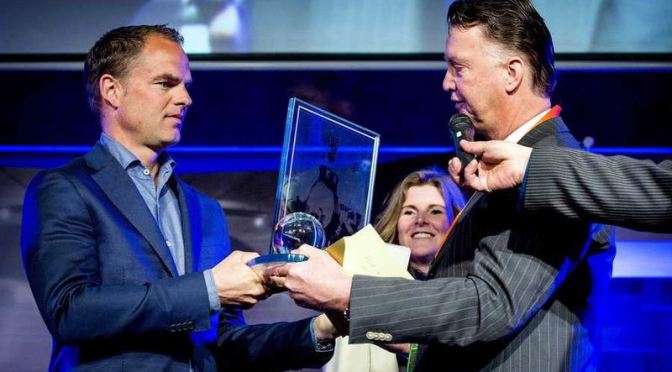 Championship winning manager Frank De Boer of Ajax has been awarded the Rinus Michels Award for being voted ‘Coach of the Year’.

The Rinus Michels Award is an annual prize in Dutch football and is supported by the official football coaches union (“Coaches Betaald Voetbal”). The award is named after Rinus Michels, who was named ‘Coach of the Century’ by FIFA in 1999.

No-one can deny De Boer of the award, who has guided Ajax to their, and his third Eredivisie championship in a row.

Oranje coach Louis van Gaal picked up the ‘Oeuvre’ award, which congratulates a coach for their career, while Marcel Groninger of Be Quick 1887 won ‘Best Amateur Coach’.

One thought on “NEWS: De Boer is ‘Coach of the Year’”