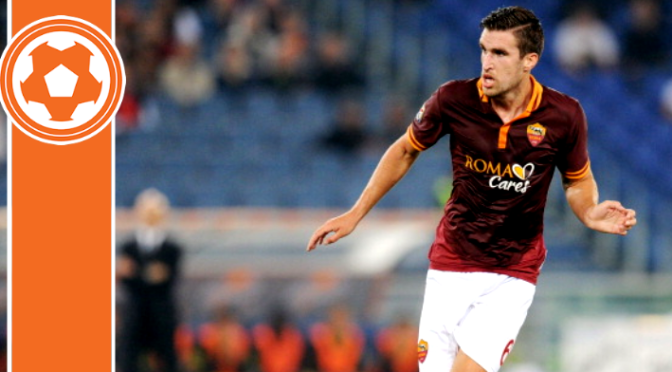 AS Roma manager Rudi Garcia has ruled out selling Dutch international midfielder Kevin Strootman. On the eve of Roma playing Manchester United in a pre-season friendly, it is thought that new Red Devils manager Louis Van Gaal is interested in signing the 24-year-old.

Garcia said: “Strootman is a Roma player, he will be a Roma player this year. There is no doubt about that. Only he can say whether he wants to stay but it was never an issue for him to go to another club. There is no question of it.”

“Strootman is following a normal recovery programme,” said Garcia. “He has stayed in Boston to work with our physios and he will start running any time soon.” The central midfielder sustained a cruciate knee ligament injury in March, which ruled him out for the Netherlands at the World Cup in Brazil.

Van Gaal is thought to be a huge admirer of Strootman who he described along with Robin Van Persie and Arjen Robben as one of his three captains in the Dutch national team.

Due to Strootman’s injury, Van Gaal had to change the Netherlands formation from 4-3-3 to 5-3-2 as he felt that he did not have a central midfielder of the same quality as the former PSV Eindhoven man. With the midfielder seemingly having returned from injury quicker then expected reports in Italy claim United may make a £30 million bid. Roma however don’t have to sell as they unlike the Red Devils can offer Champions League football and Strootman dependent on his fitness may not even pass a medical were a bid to be accepted.

If Strootman was to leave Roma to join Manchester United then it is most likely to happen in the January transfer window or next summer when United are in a better position to negotiate and with the player having fully recovered form his long term injury.