Left-back has been a defensive quandary for Sunderland for the past few seasons, seeing loanees or others playing out of position being temporary solutions. However, Black Cats boss Gus Poyet has employed Chelsea’s Patrick van Aanholt for the next four years to try and solve the left-sided problem.

North-East football fans may remember that name, as Van Aanholt did spend a month over the Tyne at Newcastle United during their Championship winning season in 2009/10. Then Magpies boss Chris Hughton was full of praise for Van Aanholt and it was reported that the Irishman asked Chelsea if the loan could be extended, meanwhile the then 19-year-old had more ambitious ideas. He rejected a return to St. James Park to challenge Ashley Cole’s spot in the Chelsea defence. Unfortunately for the young Dutchman, only two full appearances materialised and strangely enough, one of those games was a 4-3 League Cup defeat to Newcastle at Stamford Bridge in August 2010.

With lack of chances at the London club, Van Aanholt consequently was farmed out onto Leicester City and later returning to his homeland to play for Vitesse Arnhem in the Eredivisie. Spending the next two and half seasons in Arnhem, playing regular first-team football is where the young man has matured into a 23-year-old very secure in a role that Sunderland so badly need filled. You can say it has been a successful time at Vitesse for Van Aanholt, that led Sunderland’s new man being named in Louis van Gaal’s 30-man provisional World Cup squad this summer.

I cannot see Van Aanholt blowing the roof off the Premier League, but expect a firm defender with some impressive offensive expertise. He is courageous in a tackle and solid when marking, but Sunderland will see more positives in his attacking than his defending. In Holland, like a modern full-back you see nowadays, he showed the confidence and ability to take his opposite number on, although the defenders in the Eredivisie are not as tough as some he will come across in the Premier League. Strong on the ball, he uses his speed along with his ingenuity to get past his challenger and whip a ball into the box. He produced three assists last term, while in fairness, his distribution could be stronger. Furthermore, in the 67 appearances made Van Aanholt has provided Vitesse with goals too, delivering five with four of those coming last season. Opposition goalkeepers will need to be aware of the powerful left-foot he has behind him, that could leave their fingers stinging from distance.

Though great going forward, getting back to defend could cause a problem leaving his team-mates exposed, but he does have pace in his arsenal to use when needed. For Sunderland fans, the burning issue regarding this signing will be whether or not the player can be seen as a permanent fixture in the starting line-up at the Stadium of Light. Time will tell, but with two years of great experience in the Dutch top flight under his belt, he is certainly worthy of being given a chance to prove himself in the red and white shirt of Sunderland. 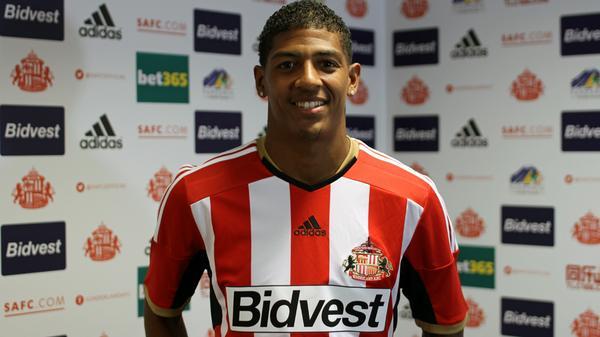 Chelsea defender Patrick van Aanholt has told reporters that his future does not lay at Stamford Bridge. The 23-year-old was quick to respond to the question, “Where will you be next season?” with a definitive, “It definitely won’t be Chelsea, I am done here.”

Since joining the Blues in 2007, the Dutch international has had loan spells at Newcastle, Leicester, Coventry, Wigan, and a more significant loan spell of two and a half years at Vitesse Arnhem. The agreement between the Dutch club and the London-based club has come to an end and van Aanholt says he needs to be playing more regular first team footbal at his parent club, so a move is on the cards.

Ashley Cole has just left Chelsea, and a deal for Luis Filipe appears imminent, which leave van Aanholt firmly in the cold. The defender is also aware that a move back to the Premier League is not an option at the moment, and may chose to go back to the Netherlands in order to rebuild his career following some very inconsistent years between clubs.

Despite becoming a mainstay in the Vitesse ranks, and appearing 67 times for the club, he has not been given any hope by Chelsea manager Jose Mourinho that he is needed or wanted by the club. Van Aanholt is your typical Dutch left wing back and with the trend pointing towards attacking wing-backs and hybrid players on the flanks, van Aanholt could certainly be an interesting purchase if he hits the market.

He has one year to go on his Chelsea contract, and the Stamford Bridge men may want to get back some of the money they have invested in the young defender before giving him the chance of leaving on a free next summer. 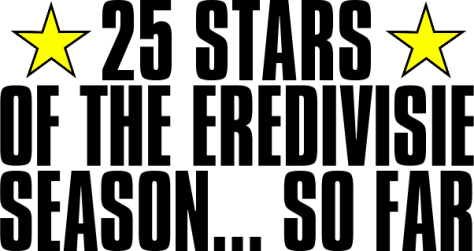 The Eredivisie season restarts after the winter break on Friday night, so as a preview, over the next five nights we will be posting the stars of the division so far this term.

Here’s Will Burns with the rundown of the first five…

The 23-year-old left back is halfway through his second season on loan in Arnhem and already it’s his best yet. Vitesse sit second in the league, gunning for this first ever Eredivisie championship and Van Aanholt has played his part making 16 appearances. Attacking down the left, Van Aanholt has the opposition quaking in their personalised boots while notching three goals while creating another three in the process.

The young defender’s greatest display this season was in Vitesse’s 6-2 demolition of PSV Eindhoven. Although he scored once and set up two others, he showed faultless composure and anticipation in defence especially when stopping the PSV attacks early in the second half.

Will a return to the Premier League with Chelsea be on the cards? Or does Jose Mourinho see Ryan Bertrand as the natural successor to Ashley Cole? 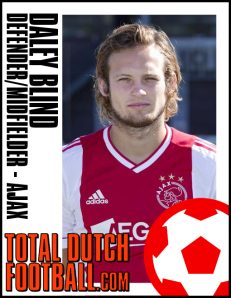 Son of Dutch legend, Danny, Daley Blind has emerged as the natural first choice left-back for Ajax over the last 18 months. However as of last nine games, Ajax manager Frank de Boer has moved Blind into the centre of midfield where he has continued to shine.

In a total of 14 appearances in the Eredivisie this season, the move to midfield was obviously going to be a success looking at Blind’s passing stats. So far, the 23-year-old has a fantastic 89.2% success rate, completing 856 out of 960 passes.

Already a mainstay in the Oranje first team, his international career could be taking another turn. Van Gaal classes Blind as his first choice left-back, but his recent displays in the holding midfielder position could change Louis’ mind for Brazil in the summer. 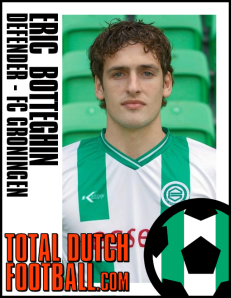 The Brazilian central defender has been an ever-present for Groningen this season, leading the club to sixth in the league standings. Botteghin’s main strength this season has been winning the majority of aerial duels that face him, he is 6ft 4inches tall afterall.

He is a no-nonsense defender, not afraid to boot the ball up the field to give his team time to regroup (168 clearances this season). His long-balls are accurate too; an interesting stat is that the Brazilian has completed a massive 94 of his 128 attempted punts up field.

Joining from NAC Breda in the summer, you have to wonder how long Groningen can hold onto Botteghin, especially when his ‘safety-first’ attitude would be right at home in the Premier League.

Returning back to the Netherlands after an unsuccessful spell in Serie A, Castaignos looks like he could be ready to hit the big leagues again, at only 21-years-old.

At Inter Milan, over two seasons, the powerhouse striker only made six appearances in Italy and failed to make any impact. At Twente, to date, he has notched 23 times in 53 appearances since returning to the Eredivisie, including 10 goals this season.

Castaignos, Dusan Tadic and Quincy Promes have fired Twente into third place so far, just three points behind leaders Ajax. If the goals keep coming, then could a second Eredivisie title be heading to Enschede? Time will tell.

Ajax suffered a terrible start to the season only winning two of the first five games, with goalkeeper Kenneth Vermeer, rightly taking the majority of the blame due to some lack of concentration. The carnage continued and in September, Barcelona and PSV hit Ajax with a pair of 4-0 defeats. Meanwhile, Cillessen was keeping attacks at bay for the Jong Ajax side in the Jupiler League. De Boer called the 24-year-old into action, dropping Vermeer and Cillessen has cemented the starting spot his own.

Cillessen has been impressive, with a young inexperienced defence in front of him, he has kept seven clean sheets in 11 games he’s started. Louis van Gaal has found Cillessen impressive too, and has been named the Dutch number one, again replacing Vermeer in recent months.

JOIN US TOMORROW FOR PART TWO