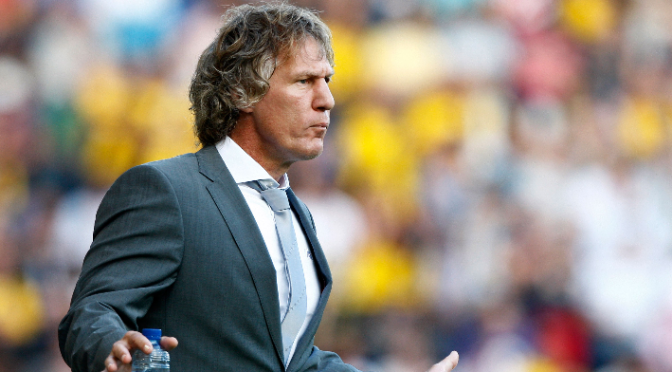 AZ Alkmaar have confirmed the shock departure of coach Gertjan Verbeek – just a day after he guided the club to victory over Eredivisie leaders PSV Eindhoven.

In a statement, the AZ board pointed to a “lack of chemistry” between the coach and his squad as the reason for his sudden exit.

AZ sit fourth in the league standings in the wake of Saturday’s 2-1 win over PSV and are contesting the group stages of the Europa League, with a game to come against PAOK on Thursday.

In a statement on official club website AZ.nl, the club announced “Coach Gertjan Verbeek leaves AZ with immediate effect. Based on a lack of chemistry between players and the head coach resulting in a lack of confidence, the management and supervisory board sees no more basis for further co-operation.”

The 51-year-old joined AZ in 2010 and signed a contract extension through to 2015 just last summer. After securing European qualification in each of his three full seasons at the club – twice after finishing in fourth place in the league and again by winning the KNVB Beker last season.

No replacement has been named as of press time.