Go Ahead Eagles had a stellar season last campaign and defied the critics to end up in 13th spot, in what was their first Eredivisie campaign since 1996.  The Deventer based club managed to achieve this through a combination of astute loan signings, great team ethic and an excellent home record writes Rogier Waalder.

The challenge for them is to repeat last season’s success despite losing the element of surprise.  This challenge has been made harder with the selling of 3 of last year’s standout performers, Jarchino Antonia, Erik Falkenburg and Xander Houtkoop, who between them scored 22 goals.  As such much of the responsibility will fall upon 3 new signings to repeat these heroics with Alex Schalk, Nick de Bondt and Gili Wijnaldum all coming in.

They also survived last season with 2 on-loan goalkeepers who have now returned to their parent clubs; Eloy Room (Vitesse) & Stephan Anderson (Betis) and have gone down the same route this year by loaning Jong Oranje keeper Mickey van der Hart from Ajax.

Go Ahead Eagles will look to the likes of Deniz Turuc, Sjoerd Overgoor and Marnix Kolder to keep the spine of the side stable and maintain the spirit of last season.  Go Ahead Eagles played a fast counter-attacking style of game with a 433 formation, which saw them score some impressive victories but at the same time cop some bad losses too.  Manager Foeke Booy will no doubt need to try and restore some defensive discipline to the side that shipped 69 goals last season.

This is a young side, which is very much Booy’s preference, and will again look to out-enthuse opponents.  The key, with so many younger players, is to get off to a good start to build confidence.  They face the 3 promoted sides in the first 4 weeks so they’ll get a great opportunity to get some early points on the board and build the confidence which they’ll need as the 2nd half of their draw is much tougher as a consequence.

Much will depend on not only getting a good start but making de Adelaarhorst (which translates into the ‘Eagles nest’) into a fortress.  Last season Go Ahead Eagles lost 0-6 at Ajax, 0-5 at Feyenoord and 0-3 at PSV but in the home games the scores were  0-1 (Ajax), 2-2 (Feyenoord) and 2-3 (PSV) which shows how important their compact home ground with its veracious support is. If they can get off to a good start then expect another decent season from Go Ahead Eagles as they look to build upon last season’s exploits.

TRANSFERS INS AND OUT

Foeke Booy started out his managerial career at a young age and his enthusiasm was rewarded with a managerial role with FC Utrecht in 2002 at age 35.  He went on to become Utrecht’s most successful manager by winning back to back KNVB Cups in 2002 and 2003.  Since leaving Utrecht though, in 2007, his career went on a downhill run with unsuccessful spells at Al Nassr, Sparta and Cercle Brugge.  He took on the Go Ahead Eagles role after promotion winning Manager, Erik ten Hag left to join Bayern Munich’s youth setup.  Booy made Go Ahead Eagles and entertaining, open and free flowing team last year who surprised many.

Türüç started out his career at the youth setup of FC Twente but when he wasn’t offered a professional contract with them he signed on for Go Ahead Eagles.  He has quickly become an important player for the club due to his excellent technical abilities and athletic nature.  He is the midfield lynchpin that binds this side together and they will again need him to fire in order to repeat last season’s success.

BACK TO MAIN MENU 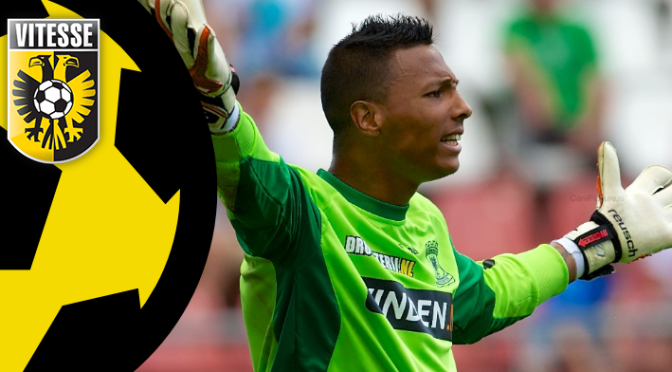 Eloy Room, who has spent this season on loan at Go Ahead Eagles, has returned back to his parent club Vitesse Arnhem.

Room has started all twenty games for Eagles this campaign, has been ordered to return to Vitesse as the Arnhem club as suffering an injury crisis in the goalkeeping department. Estonian ‘keeper Marko Meerits is due to have an operation on a troubled knee and will be out of action for 8-10 weeks. With the young Jereon Houwen, 17, the only cover for first-choice Piet Velthuizen, manager Peter Bosz recalled the Dutch-Curaçaoan immediately.

Eagles head coach Foeke Booy is disappointed but understand’s Vitesse’s position. Talking to www.ga-eagles.nl, the clubs official website, Booy said: ‘This is unfortunate for us, but there was nothing in our power to keep Eloy here. There was a clause in the deal that allowed Vitesse to recall Eloy in the event of an injury to any of their goalkeepers.

“I spoke Eloy to about this situation and I totally understand and I thanked him for his efforts. He stated that he would loved to continue here with us, but unfortunately it’s not happening.”

Booy is now left with three inexperienced goalkeepers to choose from with Erik Cummins (25) set to start away to NEC Nijmegen on Sunday. Cummins has been the number two goalkeeper for the majority of the season but now, Ruben Lucas (19) and Patrick Ter Mate (21) will be competing for the spot on the bench.