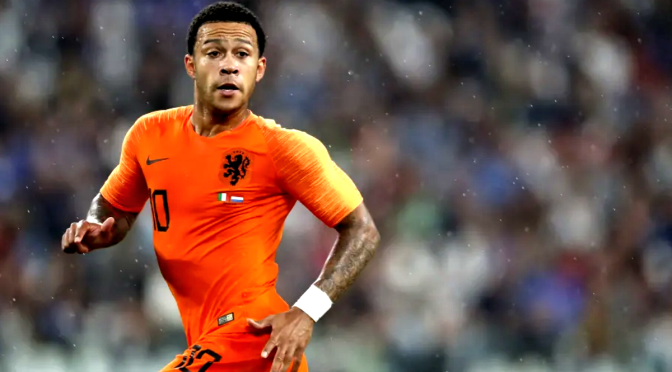 International football returns this week as Ronald Koeman’s Holland take on Poland in a UEFA Nations League Group 1 contest. Will Burns thinks despite the upheavel backstage, the Dutch can simply win this one.

Oranje’s caretaker manager Dwight Lodeweges takes control for the first time as the Nations League finalists began their journey against Poland, and the 62-year-old has inherited a side that were in impressive form during qualification for Euro 2020. The Dutch won six of their eight matches and suffered just one loss to finish as runners-up in Group C behind bitter rivals Germany.

Ronald Koeman left the national post to lead Barcelona next season but leaves the Oranje in a much better position than what he inherited from Danny Blind in 2018.  Koeman guided his side to five wins from their final six Euro 2020 qualifiers to represent in next summer’s finals, having failed to qualify last time.

Lodeweges has an abundance of talent to pick from and could hand debuts to PSV wonderkid Mohamed Ihattaren, AZ’s Marco Bizot (GK) and Owen Wijndal (LB) or to Ajax’s central defender Perr Schuurs.  Although Juventus defender Matthias de Ligt is missing, the usual suspects of Virgil van Dijk, Gini Wijnaldum and Memphis Depay will form a strong spine in the team with the likes Steven Bergwijn, Quincy Promes and new Manchester United signing Donny van de Beek all vying for a starting spot.

One major blow for Polish manager Jerzy Brzęczek is that arguably the best centre-forward in the world fails to join the squad for this set of games. Bayern Munich’s Robert Lewandowski is having an extended rest after scoring 61 goals in 56 games for club and country this past year, I think he deserves it.

The history buffs will want to know that the Dutch’s record in 15 games against Poland is won six, drawn six and lost three. The Oranje are unbeaten in last seven encounters (W4 D3) since 2-0 European championship qualifying loss in Chorzow in May 1979. Poland have yet to win in seven games against Oranje in Netherlands (D5 L2). However, history means nothing at all when the team’s line-up on Friday night. After all half of these lads were even born in 1979.

Although I think the game may be a sluggish one for all concerned, and with the Oranje being disrupted by Ronald Koeman’s packing of his bags, I still think the Dutch are capable of clinching the win with ease.

The main Polish threat, Robert Lewandowski will not play so I fail to see how Holland’s defence can be breached.

No Bobby Lewi, no Polish party.

We will post preview/betting articles for the Eredivisie, Eerste Divisie, European and International competitions like this one throughout the year and we will keep track of our profits and losses for the whole 2020/21 season.  This is not an official bet due to lack of football from the Dutch sides over the past few months. Official bets will be begin in September.

Even though the Bayern Munich celebrations are still ongoing from their triumph on Sunday evening, AZ Alkmaar begin their quest for Champions League qualification on Wednesday afternoon in a proverbial banana skin one-legged match against Czech side FK Viktoria Plzen writes Will Burns.

Even though the Bayern Munich celebrations are still ongoing from their triumph on Sunday evening, AZ Alkmaar begin their quest for Champions League qualification on Wednesday afternoon in a proverbial banana skin one-legged match against Czech side FK Viktoria Plzen.

Due to the current worldwide pandemic situation, UEFA introduced one-legged ties in the interim which introduces more uncertainty into the competition. By halving the length of the ties, this now matters least to the teams of similar ability and most to the teams of contrasting ability and provides more chance of an upset.

AZ head into the game as favourites but Plzen will be hungry for victory in this unfamiliar one-legged affair. The Czech’s experienced great disappointment at this stage last season, tasting defeat to Olympiakos, before coming a cropper just a few weeks later to Antwerp in the Europa League qualifying.

They qualified for this year’s competition by finishing second in the Czech 1.Liga in 2019/20 and have dished out convincing performances in recent friendly games. Plzen opened their league campaign up with a 3-1 victory over SFC Opava on Friday while resting a few players. Although they conceded first and missed a penalty, they ran out resounding winners by two goals.

Plzen will led up top by their top scorer last year, Frenchman Jean-David Beauguel.  He notched 14 goals last term but was rested in Friday’s win until an injury forced him into the game late in the first-half. He went onto net once in the 3-1 win.

The Czech’s possess a strong midfield and creative attack and the AZ will have to be aware of that constantly. Teun Koopmeiners, Jordy Clasie and Dani de Wit will be in for a tough night and will have to play with great caution.

Despite just one win in six friendly outings and competing in an empty, half-finished home stadium on Wednesday afternoon, AZ are still favourites to win. As captain Teun Koopmeiners said in an interview earlier this week “Last year, the pre-season results were not as we wanted, but we won our first league game 4-0”, so spirits should not be down in the AZ camp.

They were boosted earlier this week as coach Arne Slot stated that veteran defender Ron Vlaar and speedy winger Calvin Stengs are both declared fit for the clash, however both men would be highly unlikely to see a full 90 minutes.

Stengs will be vital in the AZ forward line that worked so well last year. On the left, Oussama Idrissi will start and Myron Boadu through the middle, and the trio should create chances copiously to trouble Plzen keeper Ales Hruska.

If they can perform to the standards of last season, then advancing to the third round of qualifying should be a formality.

Although they will not be up to the usual performance and condition that Plzen may be, due to sheer abundance of pace and sheer talent in attack, I see an AZ win here. This is the same team that took Ajax to the limit last year, they are yet to lose any of their talents to the bigger leagues and they should have enough quality to see off the Czech league runners-up.

We will post preview/betting articles for the Eredivisie, Eerste Divisie, European and International competitions like this one throughout the year and we will keep track of our profits and losses for the whole 2020/21 season.  This is not an official bet due to lack of football from the Dutch sides over the past few months. Official bets will be begin in September.