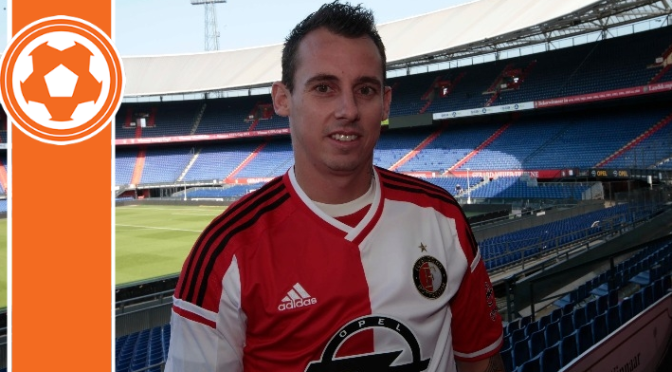 Feyenoord have continued their bizarre transfer strategy today by bringing in 32-year-old Australian defender Luke Wilkshire from Dinamo Moscow. So far this summer, the Rotterdam side have sold off some of their brightest young stars such as Stefan de Vrij (Lazio), Bruno Martins Indi (Porto), Graziano Pelle (Southampton) and Daryl Janmaat (Newcastle) to bring in so far only Wilkshire and another veteran Khalid Boulahrouz.

Wilkshire of course had his best career spell whilst in the Eredivisie with FC Twente before his big money move to Russia in 2008, where he was rumoured to have been the highest earning Australian football player whilst at Dynamo. It was Guus Hiddink, then in charge of Australia, who recommended the Eredivisie to Wilkshire after the 2006 World Cup and certainly his spell at Twente was very fruitful.  Hiddink liked the technical side of Wilkshire’s game and selected him for the 2006 World Cup whilst he was still playing for Bristol City, such was his confidence in him.  Wilkshire was a mainstay for the Australian side between 2006 and 2011 and played in 2 World Cup’s in that time.

Due to his regular playing time with Dynamo last season, Wilkshire made the preliminary squad for the 2014 World Cup and was in line to make the final cut after injury doubts to his challenger for the right sided defence position, Ivan Franjic.  Manager Ange Postecolglou threw a last minute shock on selection eve for the final squad though by omitting Wilkshire and preferring a half-fit Franjic instead.  It is alleged that Postecolglou was not impressed with Wilkshire’s attitude in the pre-Cup camp and certainly he looked decidedly out of shape in some of the lead up games to the World Cup.  Wilkshire was also clearly out of favour in Moscow too and hence returns to the country where he made his name to try and salvage what is left of his career.

On the surface it seems a strange move by Feyenoord to replace the young and versatile Janmaat with someone like Wilkshire, who seems to have gone past his prime.  It’s worth noting that new Feyenoord manager Fred Rutten was Wilkshire’s manager at Twente so he clearly is a fan and no doubt believes that he can get him back into shape and firing on all cylinders.  At his best he is a marauding, attack minded defender with great technical and crossing ability so if Rutten can restore that player then he’s made a very shrewd move.  For Wilkshire maybe the news that his Australian rival Franjic is also moving to Moscow (with Torpedo Moscow) convinced him that it was time to leave Russia for pastures anew.