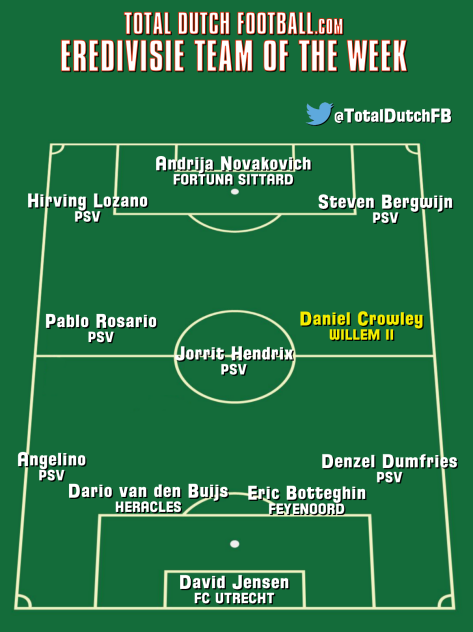 Our Player of the Week award goes to Daniel Crowley of Willem II after his performance in the 4-4 thrilling draw against Fortuna Sittard. The 21-year old midfielder scored the fourth of the Tilburgers goals that cancelled out two goals from Fortuna’s Andrija Novakovich. The USA striker, on loan from Reading, has four goals in six games.

PSV dominates the Team of the Week claiming six places after their 3-0 crushing of Ajax. Denzel Dumfries, Angelino, Jorrit Hendrix, Pablo Rosario, Steven Bergwijn and Hirving Lozano were all influential in the win that fires PSV top of the Eredivisie five points ahead of the Amsterdammers in second.