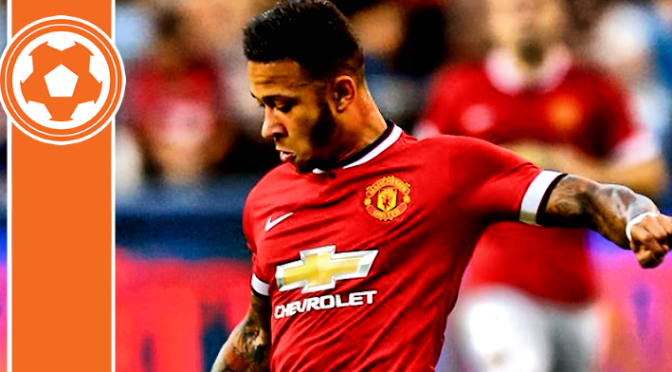 With Holland being a constant production line of talent, here is a post that profiles some of the players making a move from the Eredivisie to the Premier League this summer writes Oliver Baise.

By far the most high profile and expensive move across the North Sea, Memphis (as he likes to be referred to as) arrives at Manchester United with huge reputation following a season where he scored 22 Eredivisie goals, thereby cementing his status as one of the most exciting young players in the world.

Though he was primarily deployed by PSV as a left-winger that cuts in on his right foot, it is being suggested that Memphis may well be groomed as the eventual heir to Wayne Rooney as the man to lead the line at United, a rumour that has been strengthened by the fact that he has been handed the number nine shirt for pre-season games. For now, however, it is likely that he will compete with Ashley Young for the left wing spot in Louis van Gaal’s 4-3-3, as well as backing up Rooney up top.

Memphis will have to deal with the pressure of making a step up to a club of United’s stature, particularly with comparisons to Cristiano Ronaldo being made by sections of the Old Trafford faithful, due to his trickery and eye for the spectacular. However, his most impressive trait that he shares with Ronaldo is his obsessive desire to fulfil his immense potential and to improve day in and day out. It is this factor, beyond all else, which persuaded Van Gaal to part with £25 million for the 21-year-old.

With Ligue 1 long being Newcastle United’s Chief Scout Graham Carr’s quarry for bargains, the capture of Wijnaldum may be the start of a shift of focus towards trawling the Eredivisie for additions to Mike Ashley’s investment portfolio. This is because even at £14.5 million, a sizeable transfer fee for the Magpies’ standards, Wijnaldum has to be one of the coups of the season, as is the player’s immense quality. Not many can claim to have captained their club to a league and cup double at 24 but this, alongside having been a regular starter for the Dutch national team for several years now are but two feathers in Wijnaldum’s cap.

More impressively still has been the fact that he has excelled in a number of roles during his short career, including the right wing, central midfield and number ten position, emphasising both his completeness as a player and his professional attitude. He has however stated that his favoured position is playing just off the striker, and there may be concerns that he, Siem De Jong and Moussa Sissoko may cause an overload in one position for The Toon. Questions may also be raised in why a player who has achieved so much in the last two years on both the domestic, European and international stage has moved to Newcastle United.

One certainly hopes that his relatively modest destination ensures that he remains a regular first team starter as his presence should be a real treat for Premier League fans (except maybe the Sunderland ones).

A player who has followed in the footsteps of Graziano Pelle and Dusan Tadic in following Ronald Koeman from the Eredivisie to England. Saints fans will certainly be hoping that Clasie can emulate the success of his new team-mates. Given his most recent season at Feyenoord, they certainly have every reason to be hopeful. A defensive midfielder, Clasie has seemingly been signed to take the place of Morgan Schniederlin, although he is by no means a like for like replacement for the Frenchman.

At 5”7 and resembling a 12-year-old boy, Clasie lacks Schniederlin’s physical presence. Although he more than makes up for this with his tenacity (cue a lazy comparison to Edgar Davids) it will be interesting to see how he handles the step up in physicality that the Premier League presents him with. Where Clasie does offer an improvement to Schniederlin is in his technique and intelligence. He is one of those players like Michael Carrick or Xavi who always seems to have time on the ball and can dictate play to a level that belies his 24 years.

Though he is a shy and introverted character who displayed nerves when he came onto the scene at both club and international level, his close relationship with Koeman should ensure that Clasie does not disappoint Southampton fans — that is until Liverpool or Manchester United inevitably utilise their newest feeder club.

While certainly the less exciting Southampton import from the Eredivisie, Cuco Martina may yet play an important role for the Saints this season, particularly given their involvement in the notoriously squad-stretching Europa League this year.

The player had an unremarkable season in what was a poor campaign for FC Twente last season, and it is his versatility rather than his individual quality which likely brought him to St Marys. He is a natural right-back but can play anywhere across the back four or in defensive midfield.

Though he is unlikely to start regularly in any of these positions, barring injuries to team-mates, he may yet prove to be an important signing following the departures of Nathanial Clyne and Toby Alderweireld. Don’t expect fireworks though.

A free scoring winger who had a trial at Chelsea and Tottenham Hotspur as a youngster, Steven Berghuis is a player that AZ fans will certainly miss following his 11 goals for them last year. Despite this, there are some concerns about his suitability in joining a club like Watford.

Although he is by no means a lazy player, he may well prove to be too lightweight to be effective in a team regularly playing on the back foot in games, and although he has the creativity to unlock defences in tight games, he is by no means complete enough to carry a struggling team.

In short, his personal success may be heavily predicated on the success of the Watford project as a whole. If they can thrive in the Premier League continuing their attacking style, Hornets fans are in for an exciting prospect as he certainly compliments this strategy. However, in games where Watford need to sacrifice inspiration for perspiration Berghuis may well be the fall guy.

Though not likely to be a starter ahead of Lukas Fabianski, especially considering the Pole’s fine form last season, Swansea City’s signing of Kristoffer Nordfeldt is a further example of the value that can be found in the Eredivisie this window.

The goalkeeper was Heerenveen’s player of the season last campaign, keeping ten clean sheets and making the most amount of saves out of everyone in the league. He will certainly be one of the better second choice goalkeepers in the Premier League this coming season, despite being one of the least expensive. If Fabianski were to suffer an injury or dip in form Nordfeldt would certainly offer a solid replacement and may prove hard to dislodge, particularly given the fact that his ability with the ball of his feet endears himself to Swansea’s possession based style.

For now, however, it is likely that the principal of “if it ain’t broke don’t fix it” means that Nordfeldt will begin this coming season on the bench.

Click on Oliver’s name above to visit his blog.