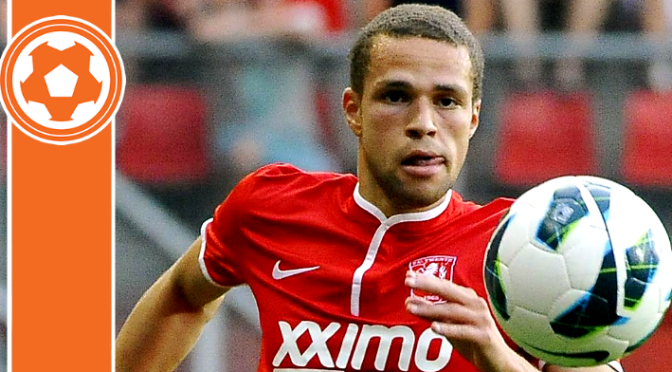 The top goal scorer in the Eredivisie last season was won by the Icelandic international and SC Heerenveen striker Alfred Finnbogason. He top scored with 29 goals proving that he was worthy of his market value.

Although this coming season, the Eredivisie will not be home to the likes of Finnbogason or the runner-up of last season’s title Graziano Pellè, who scored 23 goals last term for Feyenoord.

Both strikers have left the league for their new clubs. Finnbogason signing for the La Liga side Real Sociedad and Pellè joined his former manager Ronald Koeman at Premier League side Southampton.

As both first and second place top scorers of the league last season have departed along with other competitors such as Dušan Tadić. The Serbian international notched 16 times last season and finished fourth top goal scorer for his club FC Twente. Tadić has also recently transferred to Southampton and this leaves a massive opportunity for other young talented players to make a name for themselves this coming season.

Here are a number of players that I consider will be competing to win the ‘Golden Boot’ in the Eredivisie.

The Dutch born striker who plays for FC Twente showed us why he deserves to play for the Jong Oranje last year as he went on to score 14 goals, unlike other strikers strangely none of his goals came from the penalty spot. His playing style has led the media to compare him to the French legend Thierry Henry and he also holds the all-time Netherlands Under-17s leading goalscorer honour.

Twente lost their top scorer from last season Tadić, this should mean that the club will rely on Castaignos even more during the coming season to provide them with more goals than he usually is expected to score.

I have high expectations for this AZ Alkmaar striker during the 2014/15 campaign. During last term, he managed to score 17 finishing third behind Finnbogason and Pellè.

He is also returning from the World Cup in Brazil, where he represented the United States during their very successful campaign. Jóhannsson made his World Cup debut during America’s opening match against Ghana, coming on for the injured Jozy Altidore, himself a former player for AZ. His experience was short lived though, as he made very little impact and did not play in their last three matches of the tournament.

The 23-year-old will have to undergo ankle surgery and will be out for the opening six to eight weeks of the season. Considering the only two players that scored more goals than him last season have both left the league means that he should be in with a shout this season no matter if he misses the opening few weeks of the season for AZ.

This left winger for PSV Eindhoven has always come up with the goals when their needed, but most importantly his World Cup success with the Dutch, finishing third overall in the competition, will come as a massive learning curve for this young talent. After scoring twice during the tournament, Depay’s confidence will be sky high coming into the start of the season. Once Depay is given the license to play an attacking role for his side then he should bag more than his fair share of goals during the 2014-15 campaign.

The number 10 for Feyenoord is sure to score more than a few this season. The departure of Pellè will mean that more will be expected of Immers and he has proven that he is a threat to any defence in the league after notching 12 times last campaign.

This attacking midfielder should be more than just competing for the Eredivisie championship this season.

Other names such as NAC Breda’s new signing Erik Falkenburg will also be attempting to make an impact at his new club and to become the top goalscorer would be the perfect way to do it.

Names such as Bryan Linssen (Heracles), Jens Toornstra (FC Utrecht) and Jurgen Locadia (PSV) are players that cannot be ruled out to challenge for the title of leading goalscorer in the Eredivisie during the upcoming campaign.