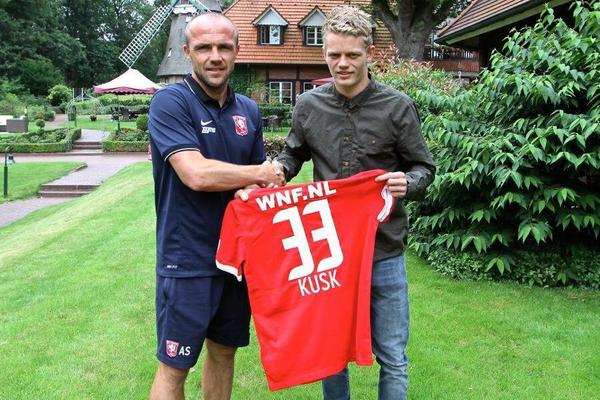 The 22-year-old Denmark international has possibly the hardest task of all in the Eredivisie next season… replacing Twente’s player of the season last campaign, Dušan Tadić, who joined Premier League side Southampton last week.

Kusk arrives in Enschede after nine years in Aalborg and four seasons as a first-team regular. The young Dane played 80 times for the Superligaen side and notched 20 goals.

He plays his best football on the right wing but is also comfortable on the other flank, however he has been known to play as a striker and attacking midfielder too, due to his great finishing.

He is technically gifted with great passing and quick legs and also a bit of a free-kick specialist, so his has all the attributes to potentially be as good as Tadić was over the last two seasons for Twente.

Negatively, he can be sluggish if things are not going well for him but all in all he is a great player and no doubt the Eredivisie will improve him as a player too.