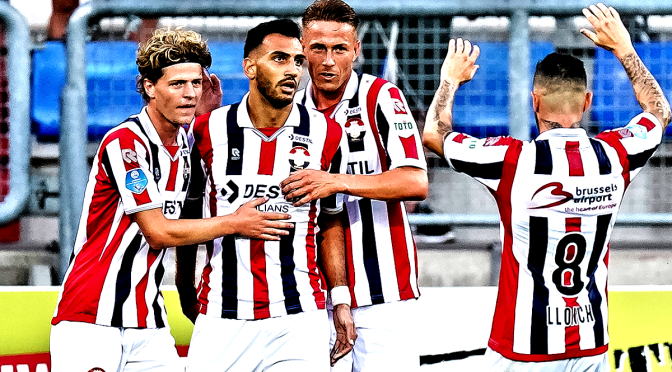 After a twenty-year absence Willem II look to enter European competition this time round however, they have Luxembourg side FC Progres Niederkorn standing in their way on the road to the Europa League writes Will Burns.

Adrie Koster’s Willem II surprised a lot of pundits last year firing their way up to fifth in the Eredivisie, their highest finish since their runner-up place in 1998/99. One of the main reasons for the rapid progression was the goals of Vangelis Pavlidis.

The Greek striker notched 13 goals in 28 games in all competitions last season before the Eredivisie were forced to curtail the campaign due to the global pandemic. If Koster’s men are to replicate the efforts of last year, then he will have to be on top form.

Of course, a striker cannot score goals on his own and the help he received from fellow attacking players Mats Kohlert, Che Nunnely and Mike Tresor does not go uncounted. Each guy took the burden off the striker scoring goals (6, 5 and 9 respectively) and provided a total of 17 assists between them.

Some more aid was inputted into the squad squad this week as Ghanaian winger John Yeboah arrived on a three-year deal from VfL Wolfsburg.

Unfortunately, I don’t think we will see goalscorer markets in the UK but Pavlidis to score anytime would have been my best bet in this one.

The Tilburgers’ opponents tomorrow evening will be Luxembourg side FC Progres Niederkorn, who people in the UK may remember held Steven Gerrard’s Rangers to a goal-less draw in last season’s second qualifying round and knocked the Scottish giants out of the competition in 2017-18.

This will indeed be the fourth years in a row that Niederkorn attempt to qualify for the Europa League group stages. In 2017-18, after shocking Rangers, the Luxembourgers fell to AEL Limassol. They went one better the year after falling at the third hurdle after defeating Azerbaijani outfit Gabala and Hungarians’ Honved, they were narrowily defeated 4-3 on aggrerate against Russians FC Ufa.

Last year, they emerged victors against Cardiff Metropolitian University on away goals rules in the first round then beat Cork City from Ireland by 3-2 before Rangers got revenge at Ibrox.

They are certainly no slouches at this stage in the tournament and easily defeated FK Zeta of Albania by 3-0 in the one-legged ties that have been introduced this year, which changes the perception of the games.

In a two-leg affair, it is less likely to cause a shock. If you win one game, the likelihood of upsetting the favourites twice is doubtful. This time round, Willem II will need to be wary of that.

I do not think this match as easy as a lot of people think and I think this could be a close one with the hosts getting a goal.

Willem II should have enough quality to see their opponents off (then again so did the 2017 Rangers side) but I feel the underdogs will definitely get a goal. Niederkorn has scored in every game since October 2019 so they are surely good for a goal here.