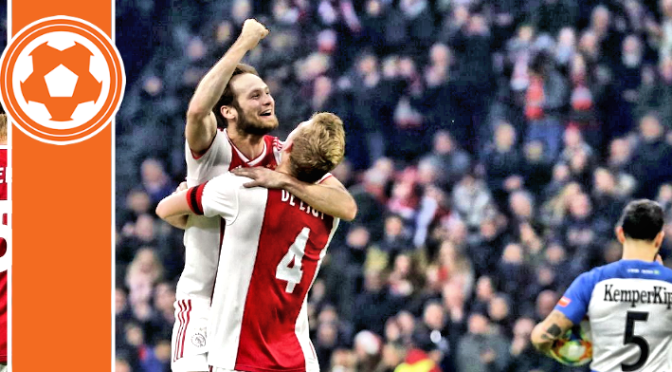 The sixteenth round of Eredivisie action got underway on Friday evening where ADO Den Haag got back to winning ways by hitting hosts, Willem II for three without reply on the road in Tilburg.

Saturday’s action in the Dutch top flight got off to a false start at the MAC3PARK Stadion where it was frustration all round for both PEC Zwolle and visiting, NAC Breda as it ended goalless between two sides struggling at the wrong end of the table.

Elsewhere, a 94th-minute strike from substitute Bjørn Johnsen saw AZ Alkmaar snatch all three points at the death from their encounter with visiting Excelsior while reigning Eredivisie champions, PSV Eindhoven put European elimination firmly behind them by hitting nine-man Heracles for four to move five points clear at the top of the standings.

Sunday’s action began in Friesland where FC Utrecht withstood a second-half fightback from hosts, Heerenveen to ultimately emerge victorious in a five-goal thriller.

Elsewhere, title-chasing Ajax closed the gap between themselves and table-topping PSV to just two points once more after smashing a hapless De Graafschap for eight while a late double from super-sub Nicklas Pedersen saw FC Emmen come from behind to snatch a late win against fellow strugglers Groningen.

The sixteenth round of Eredivisie action was brought to a close at De Kuip where goals from Lars Hutten and substitute, Ahmed El Messaoudi saw Fortuna Sittard bag a shock victory over Feyenoord.

One thought on “EREDIVISIE REPORT: De Graafschap crumble to the powerful Ajax”