With the second international break of the campaign looming large on the horizon, the eighth round of Eredivisie action got underway on Friday evening at the Stadion Galgenwaard where a Simon Gustafson double saw FC Utrecht overcome the challenge of struggling NAC Breda to edge their way into the top ten ahead of the rest of the weekend’s fixtures.

Saturday’s action in the top flight of Dutch football began in The Hague where a lone first-half effort from Elson Hooi ultimately proved enough to see ADO Den Haag edge out visiting Groningen.

Elsewhere, PEC Zwolle continued their recent resurgence by seeing off the challenge of Excelsior courtesy of goals from Mike van Duinen and Thomas Lam while reigning Eredivisie champions, PSV Eindhoven put their midweek UEFA Champions League disappointment behind them by hitting VVV Venlo for four to move eight points clear at the top of the standings.

The day’s action was concluded in Doetinchem where Heerenveen edged their way into the top eight after hitting an undermanned De Graafschap for five.

Sunday’s Eredivisie action got underway at De Oude Meerdijk where a 91st-minute effort from Jose Rodriguez earned Fortuna Sittard a late share of the spoils in a six-goal thriller with fellow Eredivisie new boys, FC Emmen.

Elsewhere, previously in-form Heracles saw their five-match winning streak go up in smoke in spectacular fashion as they were hit for four without reply by a rampant Vitesse Arnhem while an 85th-minute equaliser from Fran Sol saw Willem II snatch a late point against visiting Feyenoord. 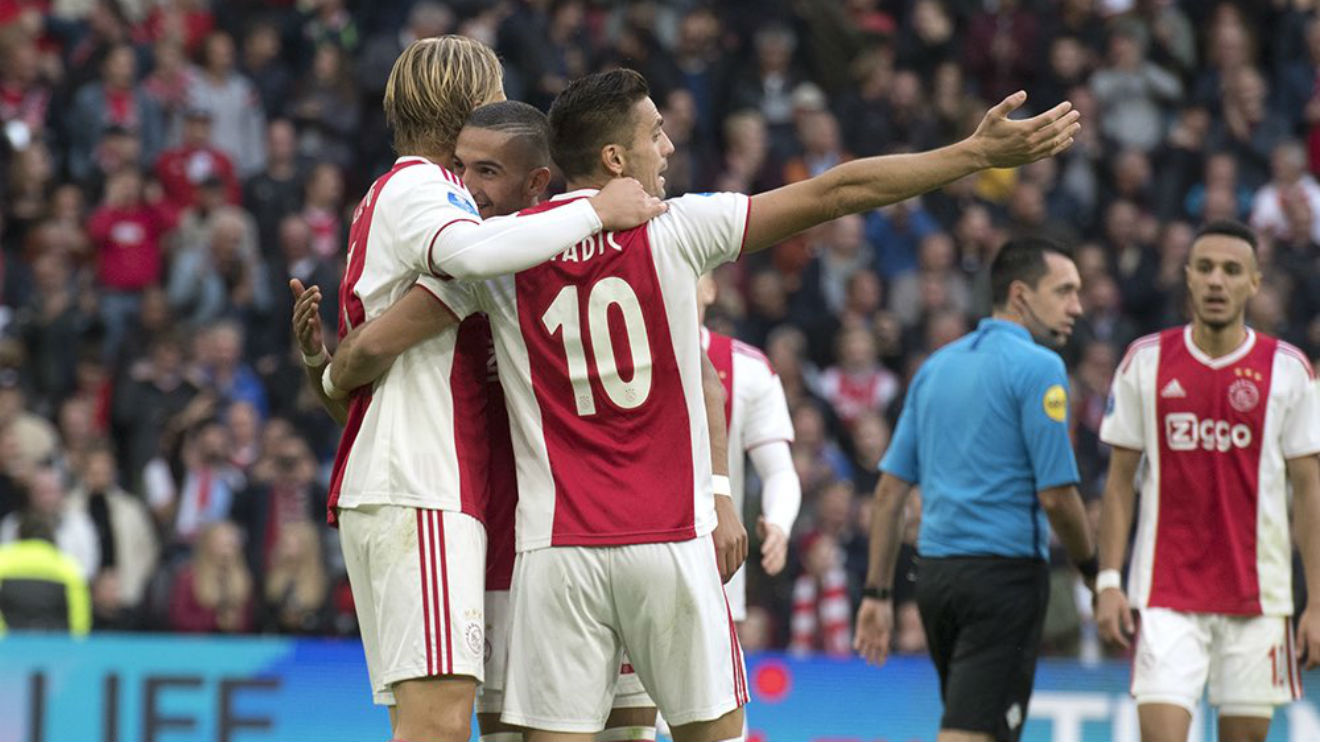 The eighth round of action was brought to a close at the Johan Cruijff ArenA where buoyed by their impressive performance in Munich in midweek, Ajax hit a hapless AZ Alkmaar for five to end the weekend five points adrift of pacesetting PSV Eindhoven.