Following a busy week of KNVB Beker action, the Eredivisie returned with its seventh round of fixtures on Saturday evening at the Abe Lenstra Stadion where Tomáš Necid’s third goal in the Czech’s last two outings in all competitions earned ADO Den Haag a share of the points against Heerenveen while, at the same time, second-half goals from Luuk de Jong and substitute, Donyell Malen helped reigning Eredivisie champions, PSV Eindhoven to a third win on the bounce in all competitions on the road against NAC in Breda.

Sunday got underway in Almelo where two goals in the opening seven minutes from first, Brandley Kuwas and then Kristoffer Peterson ultimately proved enough to see in-form Heracles record a fifth-straight win in all competitions, at the expense of visiting FC Emmen.

Elsewhere, a goal from super-sub, Ahmad Mendes Moreira fourteen minutes from time saw struggling FC Groningen climb off the foot of the table after snatching a share of the spoils against an undermanned FC Utrecht while an 88th minute effort from second-half replacement, Zian Flemming earned PEC Zwolle a late point against AZ Alkmaar and an own goal from the unlucky Fernando Lewis a minute from time saw De Graafschap snatch all three points against nine-man Willem II in Doetinchem. 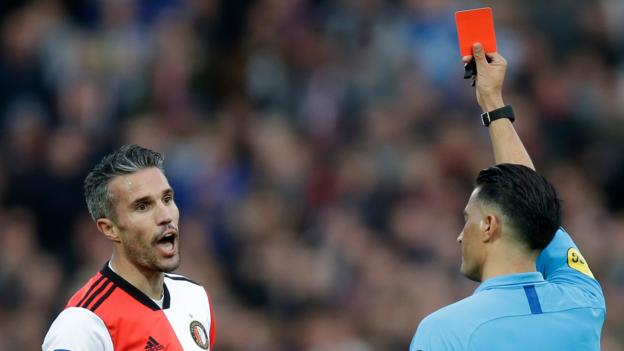 The weekend was brought to a close at De Kuip where Robin van Persie capped a come-from-behind victory for hosts, Feyenoord with an incredible free-kick three minutes from time to see off a dogged Vitesse Arnhem, who, having seen the former Arsenal and Manchester United man handed his marching orders a minute into added time, would end the game with just nine men when Danilho Doekhi was sent to join the previously dismissed Thomas Bruns four minutes later.