Wednesday evening saw both of this season’s KNVB Beker semi-final ties take place with the action beginning at the AFAS Stadion where AZ Alkmaar hit struggling FC Twente for four to book a place in the final of the competition for the second season in succession.

Having lost out to Vitesse Arnhem in last year’s final, the hosts began the match in determined fashion and took the lead when a marauding Jonas Svensson pulled the ball back for Guus Til to beat a static Joel Drommel from just inside the area with twenty four minutes on the clock.

The home side would effectively kill the tie as a contest by hitting their relegation-threatened guests twice in the space of four second half minutes when, with Wout Weghorst having doubled the host’s advantage with his twentieth goal of the campaign in all competitions by stooping low to head home an Oussama Idrissi cross nineteen minutes after the restart, the in-form Idrissi would then make it three for John van den Brom’s side in the 68th minute by ghosting in at the back post to turn home a low cross from Fredrik Midtsjø. 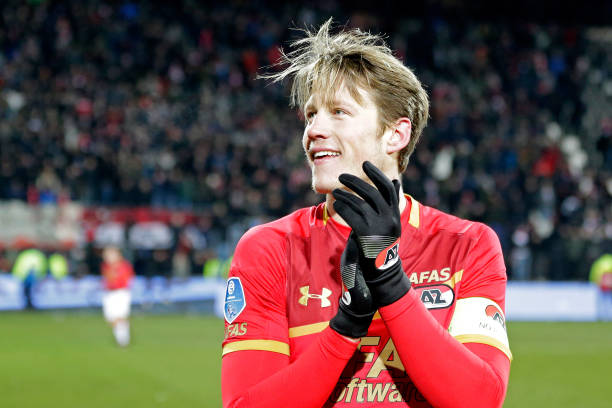 The thoughts of the home faithful had long since turned to the club’s second cup final in as many years by the time Weghorst, having held off the attentions of Peet Bijen, sent a trailing Idrissi through to claim his second and the home side’s fourth seventeen minutes from time.

Like the first, Wednesday’s second semi-final tie ultimately proved to be every bit a as straightforward as its predecessor with reigning Eredivisie champions, Feyenoord hitting another side struggling at the wrong end of the table, Willem II, for three to reach the final of the competition for the second time in three years.

With any chance of retaining their Eredivisie crown now long gone, this competition, which Giovanni van Bronckhorst’s side won in 2016, now represents the club’s last opportunity to claim a piece of silverware from what has been a disappointing campaign and, buoyed by a vocal home crowd, it took just twenty minutes for the hosts to break the deadlock when the returning Ridgeciano Haps’ cut-back was cleverly left by Nicolai Jørgensen for the trailing Steven Berghuis to smash the ball past Mattijs Branderhorst from just outside the box and claim his seventeenth goal of the season in all competitions.

Having played no part in Sunday’s three-goal reversal at the hands of table-topping PSV Eindhoven, Robin van Persie was unleashed from the start here and the 34-year-old was on hand to double the home side’s advantage on the hour by prodding home a square ball from a marauding Haps who, seconds earlier, had been found in acres of space on the left by a lovely diagonal pass from Jean-Paul Boëtius on the opposite flank, to cap a swift counter attack and notch the 300th goal of his senior career before departing to a heroes’ reception nine minutes from time.

His replacement would also make his mark, when just three minutes after taking the field, Jens Toornstra slipped in Tonny Vilhena, who ghosted past two before putting the result beyond doubt with a low drive into the bottom left hand corner of Branderhorst’s net to seal Feyenoord’s place in the final of the competition that will take place at De Kuip on Sunday 22nd April.