The semi-final stage of the 2016/17 edition of the KNVB Beker got underway on Wednesday evening at Het Kasteel where Vitesse Arnhem squeezed past hosts, Sparta Rotterdam to book a place in April’s showpiece final for the first time since 1990.

Both sides had bucked recent poor form to record victories last time out ahead of this final four encounter but it was the visitors who, having edged their way back into the UEFA Europa League playoff places after taking all three points from their trip to Go Ahead Eagles on Sunday, hit the front first in this one – Chelsea loanee, Lewis Baker putting Henk Fraser’s side into the ascendancy with thirteen minutes on the clock with a low drive from well outside the area that somehow slipped through the fingers of Sparta ‘keeper, Roy Kortsmit before the 21-year-old doubled the away side’s advantage – netting his fourteenth goal of the season in all competitions from the edge of the area seventeen minutes from time.

Despite their two-goal cushion, the final stages would prove nerve-wracking for Vitesse – a club who have never tasted cup success, after skipper, Guram Kashia diverted a Craig Goodwin cross into his own net just two minutes later.

However, it was the away side who looked the more likely to add to their lead as time slowly expired on the host’s fairy tale cup run – Milot Rashica rattling Kortsmit’s right hand upright twelve minutes from time.

Ultimately Vitesse would deny the three-time cup winner’s the chance to record their first KNVB Beker triumph since 1966 and, in the process, take a step closer to writing their own piece of history in the final at the end of April. 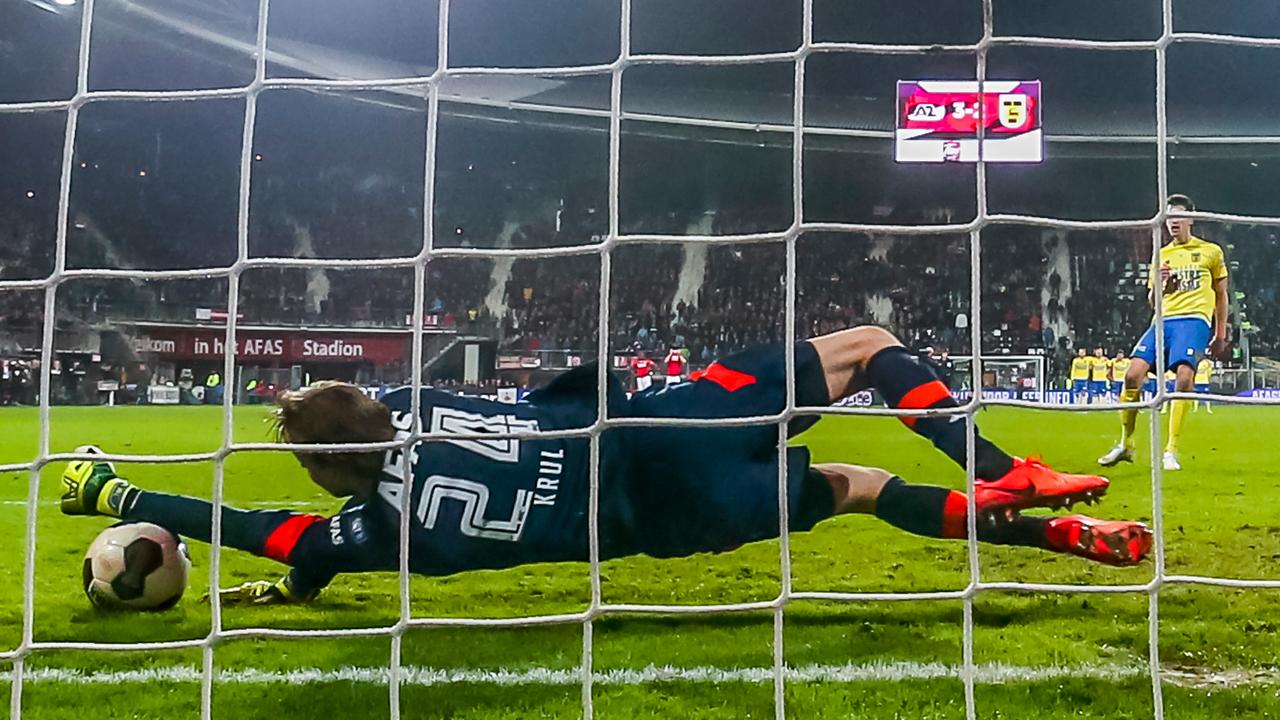 Thursday’s second semi-final encounter proved to be even tighter than the first with Newcastle United loanee, Tim Krul eventually proving to be the hero for ten-man AZ Alkmaar as John van den Brom’s men squeezed past second tier upstarts Cambuur to join Vitesse in the final.

It has been somewhat of a baptism of fire for Dutch international, Krul who, prior to this encounter, had appeared seven times and conceded a whopping eighteen goals – including eleven over the course of two legs in the club’s UEFA Europa League round of 32 trouncing at the hands of Lyon, since making the switch to Alkmaar after having seen his road to first team football blocked by the good form of Andre Onana during his loan spell at Ajax earlier in the season.

However, despite the host’s being reduced to ten men following the dismissal of Rens van Eijden twelve minutes into extra time, Krul would not only post his first clean sheet since his arrival at the AFAS Stadion but also emerge as the hero in the eventual penalty shoot-out.

Having already accounted for Ajax and FC Utrecht earlier in the competition, Cambuur proved a difficult nut to crack for their more illustrious hosts who, try as they might, could not break the deadlock.

The home side did have the ball in the back of the net three minutes into added time. However, Stijn Wuytens’ effort was ruled out after the video referee adjudged that Levi Garcia had fouled visiting ‘keeper, Leonard Nienhuis as the two went for a cross in the build-up – sending the game into extra time which yielded no goals but did see van Eijden dismissed for a second bookable offence by referee, Kevin Blom, before the tie was ultimately settled from the spot.

With each side having missed two and scored two, Wout Weghorst sent Nienhuis the wrong way with his penalty to set the stage for Krul to turn back the clock and emulate his FIFA World Cup heroics of 2014 by saving Martijn Barto’s spot-kick and booking AZ’s place in the final which will be played at De Kuip on Sunday 30th April.