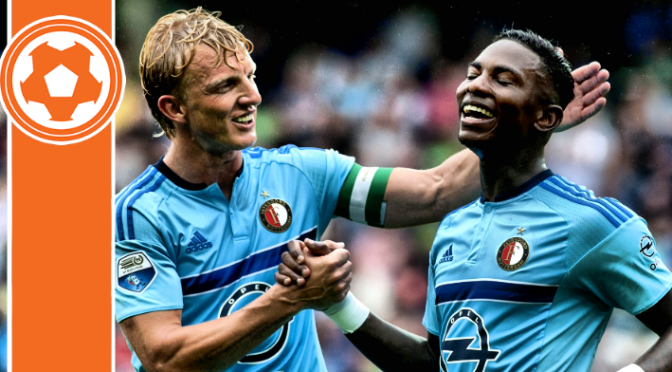 Week eight is in the books, Feyenoord keep on winning as PSV drop more points. Here is Steven Davies with a full rundown of the action.

With the second international break of the season looming just around the corner, the eighth week of action in the Dutch top flight got underway on Friday evening at the MAC3PARK Stadion where struggling PEC Zwolle played host to an ADO Den Haag side whose fantastic start to the season seems to be fading fast.

The hosts came into this encounter still winless in the league and on the back of two straight defeats – although they had tasted victory – dispatching DVS ’33 in the KNVB Beker, a win which had, no doubt, restored some belief amongst Ron Jans’ charges while Zeljko Petrovic’s  men arrived in Zwolle on the back of three straight defeats and were desperately looking to rediscover their early season form.

However, despite taking the lead just after the restart through a Tom Trybull strike from the edge of the area, a Youness Mokhtar double in the 51st and then twenty minutes from time – capping a weaving run from the left which saw him turn ADO full back, Jose San Roman inside out before smashing the ball into the roof of Ernestas Setkus’ net, turned the score line on its head and when goal scorer, Trybull was given his marching orders by referee, Bjorn Kuipers for his second bookable offence with nine minutes left to play, the hosts were, at last, able to celebrate their first league win of the campaign, at the eighth time of asking.

Vitesse Arnhem, with just one win in their last four league matches, welcomed an improving FC Groningen side, unbeaten in their last five matches in all competitions, to the GelreDome on Saturday evening.

Ernest Faber’s visitors began the match exuding a confidence that had been absent in the early weeks of the season and took the lead from the spot through former Ajax and Fulham striker, Danny Hoesen with just five minutes on the clock.

However, the hosts rallied and tied the game up just prior to the half time interval through a well-placed free kick by impressive Chelsea loanee, Lewis Baker before turning the score line on its head through a tap in from close range by Kelvin Leerdam with fourteen minutes remaining to seal a much needed win for Henk Fraser’s side.

Following a long trip to Rostov that had, in the end, yielded only a point in the UEFA Champions League in mid-week, Phillip Cocu’s PSV Eindhoven turned their attention back to domestic matters on Saturday evening and arrived at the Abe Lenstra Stadion looking to make up ground on league leaders, Feyenoord.

However, Jurgen Streppel’s, Heerenveen came into this encounter with the reigning champions with five wins from their last five matches in all competitions and it was the hosts who, against the run off play, struck first 18 minutes from time through Arber Zeneli’s fourth league goal of the season following a well-placed right wing cross from Luciano Slagveer that cut out the entire PSV rear guard and left the 21-year-old with the simplest of finishes.

Having squandered a multitude of chances to take the lead themselves, the visitors were back on level terms just three minutes later – Jeremiah St. Juste turning a Gaston Pereiro cross into his own net to leave both sides with an unsatisfying point.

The visitors arrived at the Parkstad Limburg Stadion with just one point from a possible twelve in their last four matches, a record which they shared with their hosts who came into this match without a win anywhere in 2016/17 and having lost five of their last six matches in all competitions and things didn’t get any better for Yannis Anastasiou’s side as they succumbed to a lone Kevin Mayi strike 12 minutes from time to leave the Kerkrade outfit rooted to the foot of the Eredivisie standings.

Saturday’s Eredivisie action was concluded in Deventer where a buoyant Go Ahead Eagles, who had taken four points from the last nine in the league, welcomed Mitchell van der Gaag’s Excelsior, who arrived at De Adelaarshorst boasting a similar record from their last three league games.

A last gasp Sam Hendriks strike in Alkmaar the previous week had seen Hans de Koning’s men record their first point on the road since returning to the Eredivisie, instilling a belief that the side that had won promotion back to the top flight of Dutch football through the arduous end of season promotion/ relegation playoffs at the first time of asking could avoid a swift return to the second tier.

Much of this newfound confidence can be attributed to the play of inspirational skipper, Sander Duits, whose blockbuster finish at the AFAS Stadion had set the Eagles on the comeback trail and Duits was on hand once again to put the home side ahead with just 11 minutes on the clock when he connected with a Sinan Bytyqi corner – beating visiting ‘keeper, Tom Muyters with a glancing header at the near post.

Another reason for the recent upturn of the Deventer based outfit’s fortunes has been some shrewd manoeuvrings in the transfer market – not least the acquisition, on a season long loan, of Manchester City’s, Sinan Bytyqi, whose corner laid on the opening goal of the match for Duits and whose all-round play garnered man of the match honours.

The 21-year-old Kosovar international was also inadvertently involved in the host’s second goal – being felled in the area by Excelsior centre half, Jurgen Mattheij which led to referee, Edwin van der Graaf pointing to the spot from which last week’s last gasp goal scoring hero, Sam Hendriks made no mistake – doubling the host’s advantage.

Any chance the visitors had of getting back into the contest evaporated when Danilo Pantic was given his marching orders by van der Graaf for his second bookable offence shortly before the hour mark and when Hendriks dispatched his second goal of the game from the spot with 18 minutes left to play, the game was effectively over for van der Gaag’s charges.

Sunday’s Eredivisie action began at the Amsterdam ArenA where Ajax, who secured a seventh win in succession in all competitions with a narrow 1-0 victory over Belgian side, Standard Liege in the UEFA Europa League on Thursday evening, played host to a FC Utrecht side who arrived in Amsterdam on the back of two straight wins in all competitions.

The newfound confidence of Erik ten Hag’s side was evident just short of the half hour mark when Kevin Conboy headed the visitors in front following a pinpoint cross from Yassin Ayoub.

However, the early season jitters that saw points dropped at home to the likes of Roda JC and Willem II appear to be a thing of the past for Peter Bosz’s men and the hosts were back on level terms shortly after the half time interval – Amin Younes shrugging off the attentions of Giovanni Troupee before putting in a cross from the left which Utrecht centre half, Ramon Leeuwin could only redirect beyond the reach of visiting ‘keeper, Robbin Ruiter into the back of his own net.

With thirteen minutes remaining, Rico Strieder was adjudged by referee, Bas Nijhuis, to have handled a speculative drive from Nick Viergever just inside the visitor’s area – Nijhuis pointing to the spot from which Lasse Schone made no mistake to put the hosts into the ascendancy.

The home side secured all three points three minutes from time when a long diagonal ball from Viergever was allowed to bounce through the visitor’s defence all the way to the feet of Hakim Ziyech who got enough on the ball to direct it around the stranded Ruiter and into the back of the net to notch his first Eredivisie goal for de Godenzonen.

The visitors did manage to put one or two doubts in the minds of the Amsterdam faithful in the last minute when Mark van der Maarel latched onto a square ball put across the face of goal by Willem Janssen following another Ayoub cross, just seconds after having come onto the field but the hosts held on to secure their eighth win in succession in all competitions to remain five points adrift of league leaders, Feyenoord and two ahead of third placed, PSV.

Honours were left even in Almelo following the local derby between Heracles and rivals, FC Twente at the Polman Stadion – Polish midfielder, Mateusz Klich giving Rene Hake’s men the lead from the penalty spot five minutes before the half time interval before a Samuel Armenteros header drew the home side level just two minutes later.

At the same time, Feyenoord arrived at the Koning Willem II Stadion in Tilburg for their meeting with Willem II having surrendered their 100% record in all competitions by going down to defeat by a single goal to Fenerbahce in Turkey on Thursday evening.

However, with seven wins from their seven Eredivisie matches thus far and their hosts winless in their last five in all competitions, it came as little surprise when Giovanni van Bronckhorst’s men took the lead just after the quarter hour – Danish marksman, Nicolai Jorgensen converting a cut back from the right by-line by Bilal Basacikoglu with a deft inside of the heel finish that left Willem II’s former Feyenoord ‘keeper, Kostas Lamprou rooted to the spot.

The league leaders ensured that their 100% record in the Eredivisie would continue when second half substitute, Renato Tapia ghosted past three men before beating the exposed Lamprou to secure all three points.

The eighth round of action was brought to a close at Het Kasteel in Rotterdam where Alex Pastoor’s, Sparta Rotterdam and AZ Alkmaar – fresh from a five goal drubbing in Russia at the hands of Zenit St. Petersburg in the UEFA Europa League on Thursday evening, couldn’t be separated – 18-year-old, Guus Til heading home from an IIiass Bel Hassani cross from the right with just 6 minutes on the clock to put the visitors into the ascendancy before veteran centre half, Michel Breuer stabbed the hosts level from close range 6 minutes before the half time interval, to leave honours even despite the hosts being reduced to ten men in the dying moments of the match – Denzel Dumfries receiving his marching orders from referee, Richard Liesveld after collecting his second yellow card of the afternoon.