Following the demotion of FC Twente, the future of Hakim Ziyech has become an interesting one to follow amidst Premier League interest. Swansea City and Middlesbrough have both been linked in recent days, which should excited fans of both clubs, as Ziyech has the potential to become a Champions League calibre number ten. In my opinion, he is one of the most exciting players to have come through the Eredivisie in recent years and given his club’s demotion and financial strife, he will be available at a very good price. If one of the clubs above manage to get the deal done for Ziyech, it would be a huge coup says Jake Jackman.

The Moroccan international was the standout player in the Eredivisie this season, not only for his goals and assists, but also for the manner in which he managed to get them. He was playing for a side that had to sell a lot of key players last summer, and a lot of pressure was put on him to carry the side. He was 22 at the beginning of the season and that is a heavy weight of expectation to carry on his shoulders, especially at a club with the esteemed history of FC Twente. Although the club won’t be playing in the Dutch top flight next season, that isn’t for footballing reasons, as Ziyech dragged them to a safe mid-table finish almost single-handedly.

Ziyech scored 17 times and gained 10 assists from the FC Twente midfield, in what was a hugely impressive individual season as a part of a struggling side. He was given the captaincy and led by example, showing that there is more to Ziyech than technical ability, but he is also a leader and revels in such a role. He has had opportunities to leave FC Twente in the last 12 months, but opted to stay put, and that decision has proven to be a great one from Ziyech. He has developed a lot over the last season and will be in a much better position to adapt to a new league when his inevitable move happens in the coming weeks.

In terms of his style, Ziyech is a risk taker in the final third, as he can play some sumptuous passes, which sometimes leads to a low completion rate. He is exciting to watch when he is dribbling with the ball as he is quick, nimble and uses skills effectively. His vision is that of a mature player, as he can see things other less talented attacking midfielders do not. He is good with both feet, and has an eye for goal. The most encouraging thing about his style is his intelligence in the final third as he knows when to shoot and when to pass to a team-mate. His set pieces are also devastating at times, and would be an asset to any side. 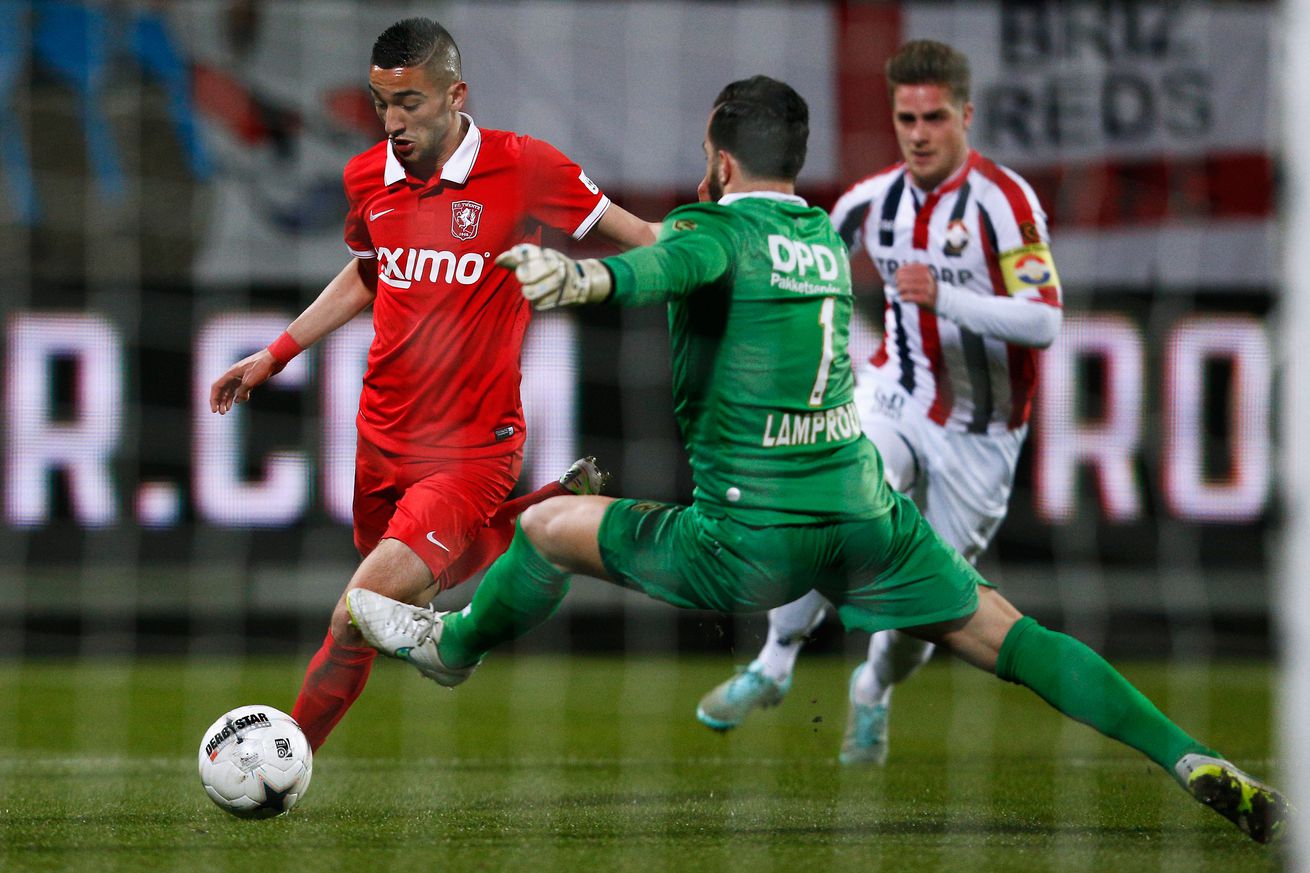 If he does come to England, comparisons will be drawn with Memphis Depay, who has struggled to adapt in the Premier League after a great season in Holland. Although there are similarities in that they were both involved in 27 goals, they are different players, with Ziyech preferring to play more centrally and is less direct than the Manchester United man. Depay wasn’t deployed correctly and has failed to make an impact as a result. Ziyech will need patience if he comes to England, as he will need to adapt to the more physical style of play that the English game is famed for.

He has adapted to every new challenge in his career to date. The midfielder adjusted quickly after his move to FC Twente, upped his game when his club put the attacking responsibility on his shoulders. He has also made his mark on the international scene quickly, already having two goals to his name for Morocco. It was a controversial decision to play for the African country after being part of a Dutch squad in the past and he could turn out to be a player the KNVB wish they would have made a bigger effort to keep.

The coming weeks will be interesting and Ziyech is a player who will no doubt continue to progress. He has overcome so many challenges already and his impressive ability to lead and perform to a higher level than he had before last season would have caught the eye of many European clubs. His mentality should mean he will get to the top of the game in the coming years, while his potential can’t be questioned. Whichever club gets him, will be getting a very talented dynamic number ten, capable of producing many goals and assists. He remains young and for the price that he will be available for, Ziyech offers little risk. Every club across Europe should be enquiring about him. The Premier League looks a likely destination, and after he adjusts to the physicality of the league, I expect Ziyech to thrive in England.