In a battle of two historic giants of European football, Ajax play host to Scottish champions Celtic on Thursday in the first game of UEFA Europa League Group A, Will Burns is on hand with a full lowdown on Ronny Deila’s men.

No stranger to European competition, Glasgow-based club Celtic hold the moniker of being the first British club to have won the European Cup defeating Inter Milan in the final in May 1967. Domestically, The Hoops have clinched a grand total of 46 Scottish League titles and the Scottish F.A. Cup on 36 occasions, while lifting the League Cup a total of 15 times.

In the 1966-67 European Cup winning season, Celtic enjoyed their most successful year when it comes to silverware which will possibly never ever be repeated. Not only claiming European football’s most coveted prize but winning the League title, the Scottish F.A. Cup, the League Cup and the lesser-known Glasgow Cup.

After dispatching the threat of Aberdeen last season on the way to lifting the League title once again, Champions League qualification was a mist for the Scottish giants. However, a disappointing qualification campaign in pre-season in which Scottish clubs wade through three sets of qualifiers before clinching as group stage spot, Celtic fell at the final hurdle. A 5-0 aggregate win over Icelandic champions KR Reykjavík meant Celtic must face their conquers from the 2013/14 qualifiers, Polish side Legia Warsaw. After crashing to a 4-1 defeat away in Warsaw, Ronny Deila’s men hit Legia with a 3-0 defeat to emerge to the playoff on away goals. NK Maribor stood in Celtic’s way of the group stages and unfortunately for The Bhoys after holding the Slovenian champions to a 1-1 draw, they failed to clinch the spot after Maribor captain Tavares notched the only goal of the game.

Deila now has to prepare Celtic for another Europa League run after his first one ended in a valiant, but failed effort (4-3 on aggregate) last season with a last sixteen defeat to their 1966/67 final opponents Inter Milan.

The defending Scottish Premiership champions dropped two points to their closest rivals Aberdeen on Saturday lunchtime. What made things worse was that The Dons were down to ten-men when The Bhoys conceded the fatal second goal in a 2-1 defeat.

The result will have been a bitter blow to the confidence of Ronny Deila and his squad and Ajax and Frank de Boer may chomping at the bit, knowing this may be the perfect time to add more weight on The Hoops’ shoulders.

Celtic set up for Saturday’s game in a 4-2-3-1 formation and held the majority of the possession in the fierce but a close match at Pittodrie, however in front of goal is where they lost the game. Only three shots landed on target with eight sailing into the stands. The back four received a shake-up after Virgil van Dijk moved south to the Premier League in the transfer window so Tyler Blackett partnered Dedryck Boyata (pardon spelling in the below graphic) in the centre of the defence, wth Charlie Mulgrew on the left and the usually reliable Swedish right-back Mikael Lustig slotting into his normal position, although he did not appear comfortable dealing with Aberdeen’s crosses.

Celtic like to use a long ball from the back to send speedy striker Leigh Griffiths on his way racing onto goal, which is how the opener came about. Left-back Charlie Mulgrew launched a ball over the top of the Aberdeen back four onto Griffiths chest and Reds defender Andrew Considine pulled back the striker to give away a penalty. Griffiths converted for his ninth goal of the season.

However, Aberdeen were encouraged by some slack passing by Boyata, and gradually claimed a foothold to fight back and grab an equaliser through a spot-kick of their own after the Belgian defender bundled Graham Shinnie over in the area in what was an unnecessary challenge. Adam Rooney stepped up to level the game up.

Tempers flared, as they do between these sides and Jonny Hayes was dismissed on 72 minutes for rash challenge on Lustig. Defensive frailties were unveiled in the dying seconds when Celtic simply failed to defend a free-kick that allowed Paul Quinn, unmarked, to head home the winner and send Aberdeen top of the Scottish Premiership with a game in hand.

A relatively young manager at only 39 years of age, former Norwegian defender Deila took over the reins at Parkhead in June last year after being very successful in his homeland with Strømsgodset, winning the Tippeligaen before leaving for Glasgow.

Quite the fan favourite for Hoops fans after just over a year in the job, Deila lead Celtic to a League and League Cup double but after failing to qualify for the Champions League football this year, the critics were out in force, pondering whether or not he is up for the job. 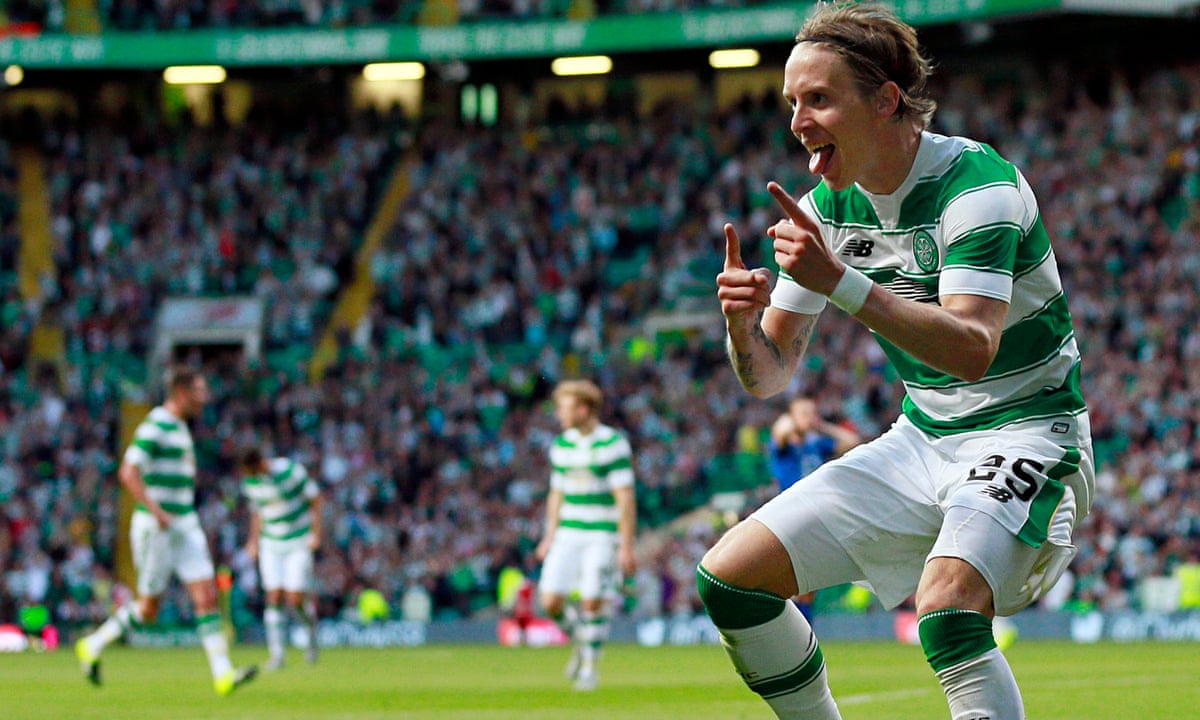 Strangely enough, Stefan Johansen arrived from Strømsgodset before Ronny Deila joined Celtic, then-manager Neil Lennon paid a £2 million fee for the midfielder. That price, after just over a year at the club, looks to be a absolute snip as Johansen has excelled and won acclaim for fans and the press for his performances in the League and Europe last term.

The 24-year old, Johansen is a technical, smart central midfielder with tremendous awareness for a pass. The left-footer’s range of passing is impressive and also a real threat from free-kicks. At Celtic he is played with as a creative playmaker in the middle of the park but can also be at home in a deep-lying role when protecting a lead.

Johansen will be have to be closely marked by Frank de Boer’s midfield with youngster Riechedly Bazoer or the experienced Nemanja Gudelj will have the task of keeping the Norwegian under control – both will have their hands full.