Last season, Memphis Depay, Georginio Wijnaldum and Jordy Clasie caught all the attention in the Eredivisie all earning moves to Premier League clubs, but one man that no-one noticed was FC Twente playmaker Hakim Ziyech. The midfielder over the upcoming campaign will be looking to make a big impression on the Eredivisie and I believe he has the capacity to do just that. He is a young, exciting midfielder and here is why I think he could be the next big thing to come out of Holland writes Alex Gardner. 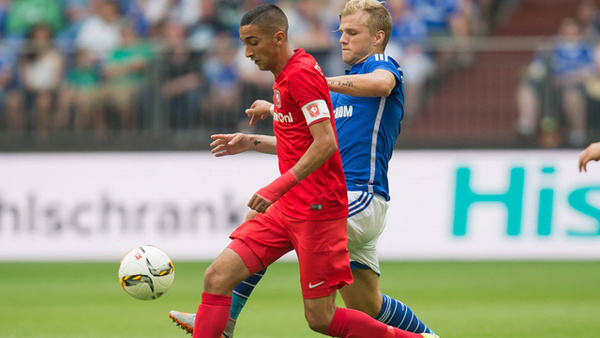 Our number two in the 2015 Total Dutch Football Top 50, Ziyech is a 22-year-old central midfielder who was born in Dronten, Netherlands and began his footballing career in the youth ranks of ASV Dronten, his local team. He then went onto join the football academy school of SC Heerenveen in 2004, and on the 2nd August 2012, he made his first competitive appearance for the Heerenveen first team in a Europa League qualifier against Romanian outfit Rapid Bucharest, in which Heerenveen won 4-0.

He grabbed his first goal for the Friesland club the following season in a league game against NAC Breda, he would then go on to notch nine goals and nine assists for Heerenveen, this impressive feat in just his second season at the club is what grabbed the attention of quite a few clubs, most notably of which were Twente.

Ziyech joined Twente in August 2014 for a fee of around €3.5 million on a four-year deal, this was a massive opportunity for the midfielder to show Holland what he can really do and further himself as an accomplished playmaker, and in the 2014/15 season. He did exactly that by being a vital player in a struggling Twente team, getting an incredible 13 goals and 16 assists, and was also involved in the most goals in the league (29), two more than Memphis Depay, a season that any number 10 in the world would be proud of.

Despite having the best season of his career, he was hardly noticed outside of Holland, partly due to Twente having a very poor season and partially due to all the attention going to the man-of-the-moment Depay. Despite all of that, Ziyech has been linked with Bundesliga side VFL Wolfsburg as a possible replacement for Kevin De Bruyne but Twente are very keen to keep hold of their man as he is vital to their upcoming campaign and selling him would be a massive loss to the club.

I have been keeping my eye on Ziyech for quite a while now and I can tell you he is one of the most exciting players I’ve ever watched. He is quick, his crossing is sublime, he has got a superb range of passing and his set pieces are unrivalled. Ziyech possesses a powerful left foot and he can make something out of nothing, he literally has everything you could want in a number 10. Whenever he gets the ball you just expect something to happen, he is the sort of player that can change the entire complexion of a match all by himself.

Taking all that into account and then also think about the fact that Ziyech is still just aged 22, and you have a player with bags of potential, in my personal opinion, he will be the next superstar. Hakim Ziyech – remember the name.