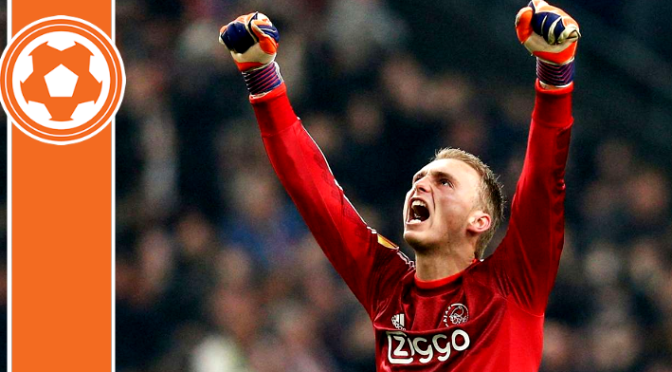 With strong reports in previous months linking David De Gea with a move back home to Spain, Louis Van Gaal has been scouring the continent for his replacement. Surprisingly, Manchester United already have Victor Valdes who many believe should fill the void should De Gea move to Real Madrid writes Darren Harrison.

Furthermore, fresh reports are linking Van Gaal with a move for Ajax goalkeeper Jasper Cillessen, somebody he has worked closely with during his spell managing the Dutch national team. It may come as a surprise to many to see fresh reports linking Cillessen with a move to United, especially for a fee of around £25 million pounds. Subsequently, United goalkeeping coach Frans Hoek, also worked with Cillessen during his spell as goalkeeping coach of the national team, this could be one of the reasons Van Gaal is looking at Cillessen to replace De Gea.

On the other hand, Ajax manager Frank De Boer is reluctant to let his goalkeeper leave, Cillessen has most recently been voted best goalkeeper in Dutch football and Ajax club player of the year. Marc Overmars, sporting director for the Amsterdammers spoke to De Telegraaf and stated the stopper was not for sale: “Not even for £25 million”.

Although unlikely after Overmars’ comment, if Cillessen leaves Ajax, potential replacements for the keeper may come closer to home. Mickey van der Hart recently spent time on loan at Go Ahead Eagles, while FC Groningen stopper Sergio Padt may be a better replacement for Cillessen, having impressed for Groningen this season and broke into the Dutch under 21 squad, Padt could possibly be identified to replace Jasper Cillessen should he leave the Amsterdam club this summer.