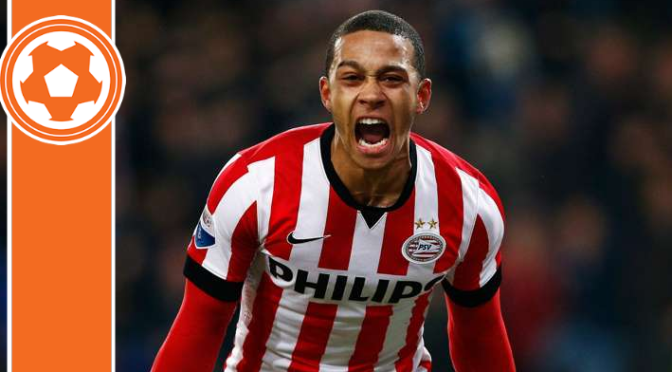 The winter break has arrived in Europe, and the Eredivisie is at a standstill. From what we have seen so far in the league, regularity has been bestowed upon the top three teams; PSV, Ajax, and Feyenoord. The ‘Big Three’ of the Eredivisie have found their respective place, as these three teams together hold more than 50 percent of the total Dutch Championships. They also contend in a variety of rivalries, primarily ‘De Klassieker’, which describes the always-exciting game between Ajax and Feyenoord.  These three teams continue to fight for the first place, and every single point loss can be detrimental to its chances of becoming the champion.

However, these three teams have not only historically maintained greatness, in this year most of the players in the Eredivisie have received the highest rating, including PSV’s Memphis Depay, Feyenoord’s Jordy Clasie, Colin Kazim-Richards, Kenneth Vermeer, Jens Toornstra, and Ajax’s Davy Klaassen, Arka Milik, and Anwar El-Ghazi, who seemed to have drawn international attention with their performances in the Champions League rounds.  Not only that, but the big three are all advancing in the Europa League, a sight to see surely for many Dutch supporters.

In team efforts, Feyenoord has the highest percentage of ball possession, rounding up at 62 percent. The team also has the highest amount of corners (117). Ajax’s Davy Klaassen holds the number one position for most assists (8), Niklas Moisander has the most successful pass rate (1041), while Ajax has the most goals from direct free kicks(3). Memphis Depay has the most shots on goals (59).

PEC Zwolle, a solid fourth place contender, has shown its supporters a kind of ‘voetbal’ that exhibits solid wins, strong finishing skills, but most importantly, beautiful attacks. Its team has had its fair amount of magical combinations and superb executions. A very well deserved spot for PEC Zwolle. Plus, who doesn’t like a joyful Ron Jans in a post-match interview? The guy says the greatest things when the W is in the pocket.

FC Twente has faced one of its trickiest first half of the semester, facing anything from light injuries to white tissues being displayed for Alfred Schreuder. A magnificent comeback last weekend signified its retaliation against its latest criticism, but can they continue to hold up for the second half of the competition? It’s winger, Jesús Manuel Corona, holds the season record for most successful dribbles (42), but does this really mean anything if those dribbles don’t lead to a goal?

AZ is coasting steadily, receiving 28 points in 17 matches, just as much as FC Twente. To its credit, the team has the longest series without suffering a goal (4 games) and its centre-back, Jeffrey Gouweleeuw, holds the most interceptions for the first half of the season(65).

SC Cambuur, FC Groningen and FC Utrecht have been fighting to claim seventh, eighth and ninth places. Cambuur holds on to the seventh; a solid standing for a team that has only recently been promoted to the Eredivisie. Overall, a respectable position for Cambuur, but also a target for Groningen and Utrecht to achieve. Groningen’s keeper Sergio Padt, has the most saves out of all the keepers in the Eredivisie (71). This means that he is a solid goalkeeper, but also that Groningen’s defense isn’t completely up to par with Padt’s level: a goalie wouldn’t have to stop that many shots if the defense did its job.  Tommy Oar, the Australian winger for FC Utrecht, has created the most changes for its attackers (45).

As we start to dwindle down the list, the teams that stand between the number nine and 18 have its individual issues. Vitesse, which was considered a powerhouse last season, has not forgotten to play good football, but seems to have completely forgotten how to score on goal. No goals, no points. In order for Vitesse to claim its righteous spot, goals will have to start dropping left and right.

Heerenveen owns the top scorer of the Eredivisie, Mark Uth (11), but these goals seem to have no significance, as these goals mostly tie up or show retribution to defeat for Heerenveen, but they hardly seem to be decisive in wins.

Willem II, Excelsior, ADO Den Haag, Heracles, and Go Ahead Eagles are all fun teams to watch, as they occasionally give the top teams a hard time and makes these top teams work for their points. However, they mostly lack the power that all the top teams possess, and this usually leads to either a tie or a defeat. When they play each other, it’s really a toss-up which team would win. But they’re always fun to watch.

NAC Breda and FC Dordrecht fight ever so hard to stay away from elimination, but if nothing happens in the second half of the season, it seems that these two teams are doomed. Dordrecht recently received its first point at home since 1995; this is a milestone that does not belong in the Eredivisie.