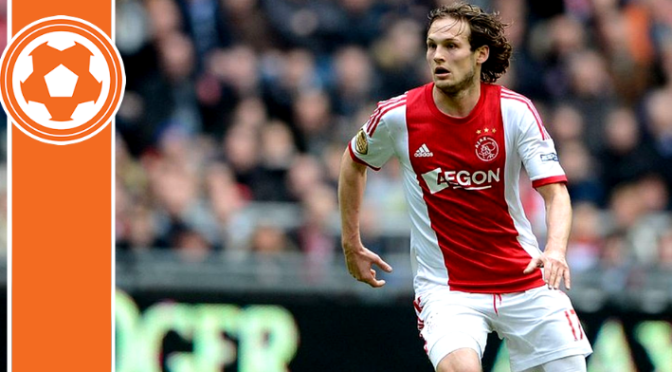 Manchester United and United We Stand Fanzine editor Andy Mitten has said that the Red Devils’ scouts were watching Dutch star Daley Blind at the weekend during their defeat to PSV Eindhoven and also went on to confirm that scouts had informed him that the deal was as good as done for the 24-year-old writes Robbie Dunne.

However today, Blind’s agent Ron Jansen has stated that United are yet to make a bid for the Ajax defender.

Mitten recognized the fact that it had not come from an official source and that the scouts didn’t have to stand it up against anything due to the fact that they are not journalists or official sources but he did say “There is talk in Holland that Blind is on his way to Old Trafford” while also saying “word among the scouts is that it is a done deal.”

Blind starred at the World Cup under the management of Louis van Gaal and can play in several roles in a Van Gaal style system. The positions he plays also happen to be areas of concern for Manchester United, defensive midfielder and left wing back and left centre back in a three-man defence three areas that Van Gaal will be looking to strengthen before the transfer window closes.

Blind himself said he hadn’t heard anything but was quoted as saying, “we will see what happens in the next few weeksc”, which was two weeks ago. There appears to be some movement behind the scenes on this one and it is not secret that the new Red Devils’ manager is a fan of Blind.