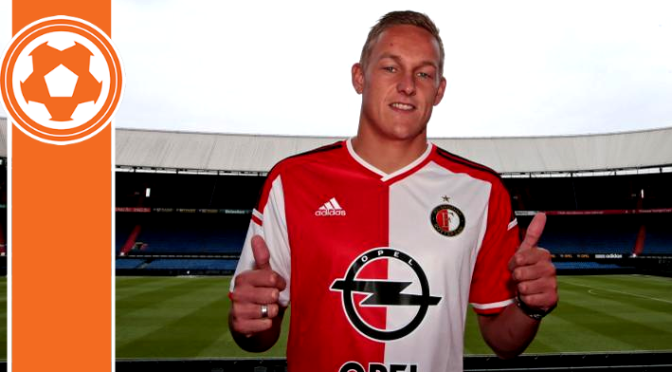 Feyenoord have confirmed the signing of 25-year-old FC Utrecht attacking midfielder Jens Toornstra on a four year deal for an undisclosed fee writes Will Burns.

It was announced by many Dutch press outlets last week that a fee had been agreed and Toornstra was present at yesterday’s Feyenoord-Utrecht match at De Kuip where he saw his old side defeat his new side by two goals to one.

Speaking to Feyenoord.nl, Toornstra said: “I have supported Feyenoord since I was a child and the move comes at a good time for me, I was ready for a step up.

“My father was a big Feyenoord supporter and took me to the stadium many times. My first game there was against Ajax, which was unfortunately lost but I was impressed with the stadium and the supporters. Since then I have had a soft spot for Feyenoord. There is nothing more beautiful than the supporters that get behind you. I can now experience this, I’m really excited.”

Toornstra began his career at a youth player at amateur side Alphense Boys before being spotted by scouts of ADO Den Haag. He joined ADO in 2009 and made 104 appearances and scoring 11 times for the club before signing for Utrecht in the winter transfer window of 2013. For Utrecht, he netted 19 goals in 48 games.

Toornstra will be a great addition for Feyenoord’s attacking options however, the main story of the transfer window will be that Martin van Geel and Fred Rutten are yet to replace Graziano Pellè – a striker is needed before the window slams shut on Monday 1st September.