Another Eredivisie season is underway and after last weekend’s action in the opening round of fixtures, fans and lovers of the Dutch game can already be excited for the second round of action with some mouth-watering ties throughout the week. Ajax’s trip to AZ Alkmaar is no doubt however, the tie of the second round of fixtures.  Will and Shane Burns (no relation) preview and supply betting tips for all four Sunday’s games.

AZ Alkmaar started the season in perfect form ahead of their clash with the champions after picking up a 0-3 victory over Heracles away from home. Alkmaar were under pressure prior to the game as it seen as crucial for the 2009 Eredivisie champions. After suffering a stunning eight defeats away from home last season, away form has been seen as the necessary point for achieving success this year in the Eredivisie by manager Marco van Basten.

Frank De Boer’s Ajax side are gaining a reputation throughout Holland and Europe as the most productive academy club in the world. Having spent only €4.5million this summer, De Boer seems determined to continue the growth of his Ajax side by producing both youth within their own academy and experience by buying from outside, and there’s no denying his successes. There’s no denying De Boer’s hunger for another Eredivisie crown as his Ajax side comfortably recorded their first victory of the season last week with a 4-1 victory over Vitesse, a side who have beaten Ajax in each of the last two seasons.

There’s no doubt that former AZ defender Nick Viergever, who moved to Ajax from Alkmaar in May, can expect a frosty reception when he returns to his former home this weekend. After some impressive performances for Van Basten’s side, De Boer acted quickly to sign up the defender and add him to his growing young Ajax side.

Former Dutch coach Van Basten has a few selection headaches for the match this weekend as both Viktor Elm and Derrick Luckassen are both injury concerns ahead of the arrival of champions Ajax. Van Basten recorded a comprehensive win last weekend and will be eager to inflict a dent into Ajax’s title challenge whilst maintaining their 100% start to the new season, and push for the title themselves.

Both incoming and outgoing transfers have been the main news this week regarding Ajax. The club is waiting on a response from Samuel Eto’o after the Amsterdam club offered the former Chelsea, Inter Milan and Barcelona striker a lucrative deal to join the club. Daley Blind has attracted some of European football’s top clubs this week when he announced that it would be difficult to ignore an offer from one of Europe’s top clubs but quickly announced that he was fully focused on Ajax’s title defense.

Fortunately for Frank De Boer, last weekend’s victory over Vitesse has been backed up with an injury free week and has no fresh concerns over his selection for his side’s trip to Alkmaar. Both sides will go into the tie full of confidence which will hopefully leave fans of the Eredivisie ecstatic with the game of the week.

In the uninspiring match-up of the weekend, Willem II travel to Utrecht in a game that could prove to be influential in keeping either side in the league come May. 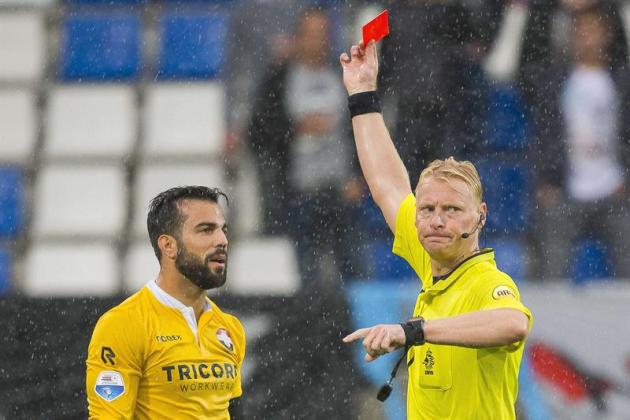 The visitors coach Jurgen Streppel has his own problems after first-choice goalkeeper Kostas Lamprou was dismissed last weekend in the 3-1 defeat to PSV and on-loan defender Fabian Sporkslede is on the treatment table.

I see this game being a one of midfield battles and chances are rare. I have settled on either a 0-0 draw or the odd goal will steal it. Under 1.5 Goals is valued at 18/5 at Bet Victor and that is a price to good to ignore.

Last weekend Go Ahead Eagles threw away a 2-0 lead to lose 3-2 at home to FC Groningen and will look for better fortunes away to Eredivisie newcomers Excelsior on Sunday afternoon.

Excelsior grabbed a great point away to relegation rivals NAC Breda last Saturday and will look to capitalise on that, however, they will have to cope with the bag of tricks Lesley de Sa in his arsenal he displayed last time out. De Sa, on a season long loan from Ajax, is one for the future but last weekend’s performance showed he could have a huge impact on Go Ahead’s season.

Last season, the Eagles had a poor away record and in the last 10 away matches in the league, they have failed to win nine of them, however I feel they could do well at Stadion Woudestein on Sunday. The Eagles are a massive 11/5 at Bet Victor and I see that as a great way to make a profit.

After contrasting results last weekend, Will Burns thinks FC Groningen will prove to be too strong for Heracles in Sunday’s last game.

Ironically this week, Edwin van Looi’s Groningen has been linked with a move for Heracles’ player of the season last year, Bryan Linssen as they look to replace Filip Kostic who moved onto Stuttgart earlier this month.

FC Groningen, despite Kostic leaving, has some great talent at their disposal this season. Tjaronn Chery, Danny Hoesen and Jarchinio Antonia all capable of grabbing goals when needed and if Eric Botteghin and Johan Kappelhof can keep Linssen quiet, the hosts should win easily. Groningen are valued correctly at 11/8 and this will be the best bet in this game.