Karim Rekik is back in Eindhoven and although PSV have missed out on signing Belgian midfielder Stefan Defour, they have a squad packed full of talent to make a charge for the Eredivisie title. This week, relegation contenders NAC Breda arrive in Eindhoven to try and halt Philip Cocu’s men, Will Burns seems to think De Boeren will not have much trouble on Saturday night.

PSV’s are Ajax main challengers and the signing of Rekik is a welcome addition in the defence. In more good news for Cocu, morale was boosted by skipper Georginio Wijnaldum penning an extension to his contract until 2018. Club officials are hoping the most-wanted winger Memphis Depay follows suit.

Historically, the odds way in the favour of PSV against NAC at the Philips Stadion. The Eindhoven side have been winning at both half time and full time in six of their last eight home matches against Breda in all competitions. In recent times, to stack the odds against Nebojša Gudelj’s side further, NAC have failed to find all three points in their last 12 league games, and with only two wins away all last season, leaving Eindhoven with anything looks highly unlikely.

With Stijn Schaars and Jetro Willems still not fit, expect Cocu to stick with the majority of the same team that defeated ten-man Willem II 3-1 last Sunday. Rekik may replace Jorrit Hendrix in defence alongside Jeffrey Bruma. Although, the performance was the greatest in the Koning Willem II Stadion, PSV will be out to impress in front of their own fans in the first home game of the season. Expect a convincing win for De Boeren and with the returning partnership of Bruma and Rekik, a clean sheet too. PSV to win to nil is valued at 23/20 at Bet Victor and that is our recommended bet in this one.

FC Dordrecht host PEC Zwolle and the Eredivisie newcomers will look up to Ron Jans’ side as a prime example of a promoted side who can make a success of staying up and progressing. Will Burns predicts Zwolle easily overcoming Dordrecht in an entertaining goal-fest.

With attacking midfielder Stef Nijland playing on his own upfront the last two weeks, Ron Jans added a bit of quality in attack this week with Czech international striker Tomáš Necid joining on a loan deal from CSKA Moscow. Once proclaimed a young prodigy by the experts in his homeland, Necid has struggled in Moscow and was farmed out to PAOK and Slavia Prague the past two seasons. Jans will look to last week’s star man Jody Lukoki to supply the balls for the massive 6ft 3inch hitman if he decides to play the Czech up front.

Dordrecht pulled off the shock result of last weekend, turning over Heerenveen on their own patch, so coach Ernie Brandts should employ the same eleven. Though Rick ten Voorde, Rihairo Meulens and Mohamed Hamdaoui will be itching to get on the pitch and may push for a starting place.

I cannot see anything else but a PEC Zwolle win. A team in form after defeating Ajax and FC Utrecht in recent weeks, I see a resounding triumph for Jans’ men with plenty of goals on show. Bet Victor offer 13/8 for the PEC Zwolle victory but I see PEC Zwolle -1 in the Handicap market at a massive 4/1 at our best value bet.

An unimpressive Twente grabbed a late point last week against Cambuur, but they will have to perform much better against Henk Fraser’s ADO who suffered a late goal themselves last weekend in the 1-0 defeat to Feyenoord.

Playing the majority of the game with ten-men, ADO were incredibly unfortunate not to salvage a point against Feyenoord on Sunday. The game was a testament of all the hard work Henk Fraser has achieved with the team and ADO will head to Enschede looking to get the season back on track.

Twente could be too strong for ADO in this one and could become a real contender this year with the signing of Kamohelo Mokotjo last Friday for a snip at €1.5m. Mokotjo will be pushing for a start in this one and the South African combining with Kasper Kusk, Kyle Ebecilio and Youness Mokhtar is a mouth-watering prospect for striker Luc Castaignos, who should be eating up the chances created.

It was a valiant performance from ADO last weekend, however I see Twente far too strong for Fraser men on Saturday night. A Twente win gives you a short 2/5 at Bet Victor, however for them to win and keep a clean sheet in the process is a healthy 6/4.

Cambuur grabbed a great point at home to Twente last weekend, however this weekend they travel to Arnhem for a tough test against Vitesse. Will Burns thinks Cambuur will be overpowered by the Vitesse attack. 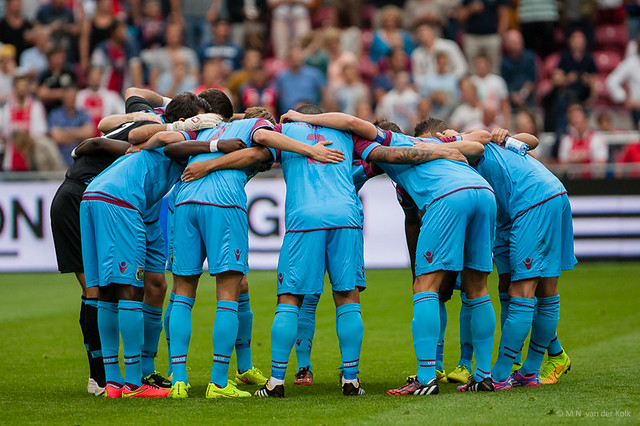 Finishing must improve from the home side after missing chance after chance in the first-half away to Ajax last weekend.  Anyone watching would have thought how Vitesse had not scored three or four before the half-time whistle. This weekend, that must change and if Peter Bosz’s side can create the same amount of opportunities, they should be home and dry against Cambuur in Saturday’s late game.

The home side will have to watch out for Albert Rusnak, star of the show in Cambuur’s 1-1 draw with Twente. The young Slovak on loan from Manchester City stole the headlines with a great performance last weekend, topped off with a wonderful free-kick goal. Unfortunately for Cambuur, Rusnak was the only real threat and I cannot see Vitesse conceding many in this one.

For a Vitesse victory, Bet Victor offer 4/7 although for true value for Vitesse to win by two goals (-1) is at 11/8 which gives us some decent money back.