The Eredivisie will start this Friday with current cup winner PEC Zwolle versus FC Utrecht. Both teams are known for spectacular matches. And so our betting tip for this match includes a ‘over’ bet.

PEC Zwolle played this Sunday versus Ajax for the Johan Cruijff Schaal and they deservedly won this match. They will most likely play with the same 11 players as latter match. ‘De Blauwvingers’ are known for playing with style and grace which led them to many victories such as the brilliant cup final versus Ajax in the previous season (5-1).

It is hard to predict which team will win Friday night, but FC Utrecht will not play hide and seek. They will attack heavily if you believe them: ‘We rather win with 4-3 then with 1-0’, said technical director Co Adriaanse. And the manager himself Alflen said this: ‘My philosophy is to gain the ball quickly as possible so the opponent will not stand a chance to build their attack’. They have strengthened their squad with pure quality in the name of Barazite, Kali and Boymans (27 goals in the Jupiler League previous season) and so on.

Both coaches have an offensive mind-set while their defence is not the best. I expect a game with at least three goals.

NAC Breda is a team which have had trouble to avoid relegation is the last couple of seasons, but if analyze their qualities with other teams this season there is a big difference with clubs such as Willem II, FC Dordrecht and Excelsior.

Latter had the topscorer of the second division in their squad previous season (Veldwijk). They have lost him to English Championship team Nottingham Forrest. And with this transfer they lost 30 (!) goals. It is fair to say that they earned promotion because of him. In this pre-season they faced Roda JC (which relegated in 2013-14) and Excelsior where absolutely blasted away with a 4-1 defeat.

If you compare this squad with the other 17 teams in the Eredivisie doubtless they have by far the worst squad quality-wise. I expect that they will relegate with a ridiculous number of goals conceded.

You could talk ages about this game, but my expectation is fairly easy. Excelsior is not on the level required for the Eredivisie.

Matchday one will finish with this game which has two teams originated in Brabant. Because of the poor performance versus St. Pölten the odds has risen for PSV which is a good thing. The difference quality-wise among Willem II and PSV is enormous. So -1 PSV is a brilliant bet to place. 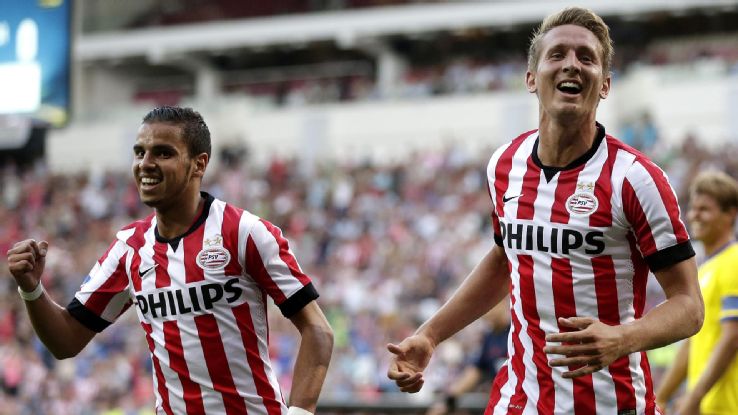 Willem II only has five defenders in their squad. With the possibility of a sixth in the name of Frank van der Struijk. To sketch the situation in Tilburg, they are the one and only club in the Eredivisie who still have no sponsor for their shirt. The financial situation is dramatic and their squad is far from complete which Jurgen Streppel admitted: ‘People expect us to finish above Excelsior and FC Dordrecht, based on what? We still do not have a central striker and only five defenders. It will be a matter of surviving because we lack quality and quantity’.

PSV have had a terrible match versus St. Pölten, but with the note that the Austrian second division team played in a defensive 5-3-2 formation and had no intention to leave their penalty box. They missed Wijnaldum, Depay and Arias and they most likely will not be playing versus Willem II, but PSV has many players with the ability to score and them will prove this versus promoted side Willem II.

Because of the match versus St. Pölten you could see the odd grow for PSV, but such a poor match will not happen to Eindhoven twice in a row. I expect an easy win for Cocu and his players.