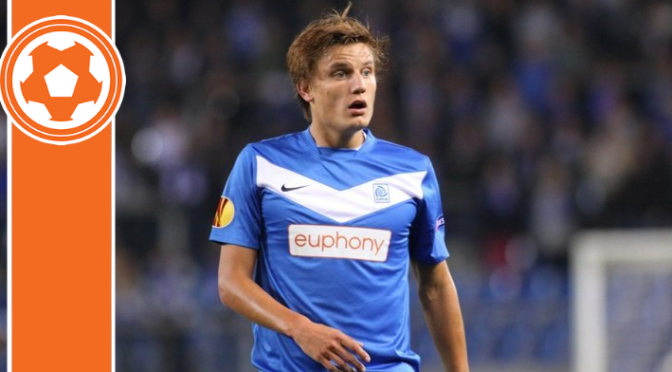 Feyenoord have virtually monopolised the Eredivisie transfer talk this summer and Vossen seems to the latest in a huge lists of names set to replace Pelle who joined Southampton earlier this month. The Belgian international was left out of the Genk squad for their opening day 3-1 defeat to KV Mechelen and last night he was mentioned by a reliable source of the game on Belgian TV.

On Belgian sports programme Stadion, Dutch analyst Aad de Mos stated: “From my sources, Feyenoord could be in for Vossen. They are looking for a striker to replace Pelle and it would not surprise me if we here news of this on Monday.”

Genk have come out straight away and deny all rumours and stated that the 25-year-old was injured and thus why he was left out last night, however, Feyenoord are not the only club linked to Vossen. All summer long, the Belgian has been rumoured to be moving to English Championship with Aitor Karanka’s Middlesbrough. Karanka is known to be a big fan of the player although the club may struggle with raising the transfer fee for the player. Genk are waiting for a big bid for Vossen, who has hit the net 57 times in 105 games in the three years preceding last season.

To find out a bit more on Vossen we asked WorldFootballWeekly.com‘s Belgian expert Shane Ireland on his thoughts of the striker.

“Vossen is one of the Pro League’s deadliest attackers, regularly finding himself towards the top of the goalscoring rankings. However, during the 2013/14 season, the striker experienced a mediocre campaign by his standards, yet scored 12 goals at a rate of around one in every three matches.

Previous campaigns have seen Vossen experience truly superb goalscoring form – he was pipped to the Pro League top scorer award in both the 2010/11 and 2011/11 seasons, scoring an impressive 40 goals in 73 matches across the two years. Overall, in eight seasons at Genk, Vossen has scored 85 times in 216 appearances.

Vossen spent the 2009/10 season on loan at Cercle Brugge, ending this spell with six goals in 17 matches and at 25 years of age, the forward still has many years at the top level ahead of him, and will hope to add to his 12 Belgium caps if he seals a move to the Eredivisie.

The former Tongeren youth player has enjoyed a successful career at Genk, winning the Pro League in 2011 alongside the Super Cup in the same year, before adding to the Belgian Cup triumph in 2009 with another domestic cup success in 2013.

Vossen’s playing style is not that of a classic “number nine.” but he can offer a multitude of attacking options however. He can play in the out-and-out striker role, but is comfortable as a secondary forward, backing up another attacker. Vossen can also take up a deep role, allowing another striker more freedom but his statistics don’t lie – he is dangerous wherever he is played across the forward line.”

Whether Vossen ends up in the Eredivisie or the Championship, on his past record he surely can prove to be a hit in either.