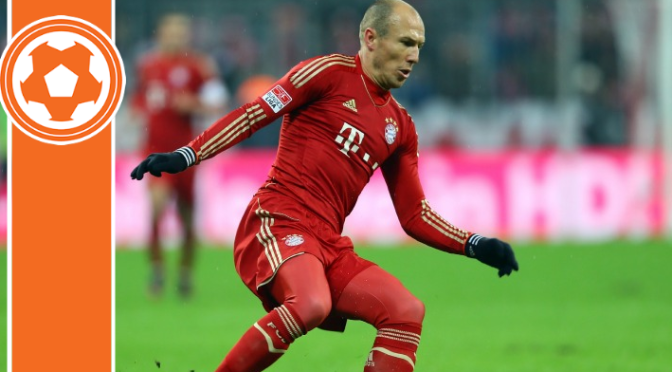 What can you say about this ‘Flying Dutchman’?  He came third in the Bundesliga Player’s Player of the Year Award. He notched 11 goals and five assists en-route to helping Bayern to win a second successive title in record time. The former Real Madrid winger also helped his side clinch the DFB Pokal by opening the scoring in extra time. He was unfortunate to miss out on the FIFA Club World Championship triumph with a deep cut on his right knee.

It was a mixed season for the ‘Hunter’ he missed five and a half months with yet another injury, but still managed to score 12 goals in only 18 games thanks to a much better second half of the season. If he can stay fit for most of next season he should be in with a shout of winning the top scorer award in what is now a team with some young stars and a bright future ahead of them.

A terrible season for van der Vaart. His team only narrowly avoided relegation after winning their relegation playoff. When his team needed their star man to deliver he failed to, being completely outshone by youngster Hakan Calhanoglu. He is lucky to be still be at the club and almost certainly would have have been forced out had the team been relegated.

A brilliant season for the Dutch defender. He helped his team to a magnificent eighth place after narrowly avoiding relegation the season before. As a near permanent member of the defence he helped them to the fifth best defence in the league, better than some teams who finished above them, including Wolfsburg.

A poor season for the big Dutchmen. A meager return of 4 goals from 13 games looks to have convinced the club hierarchy that it’s time for Dost to go. They’re have been recent reports linking him to Feyenoord where he can hopefully gain back some of the form that saw him score 32 goals in 34 games for Heerenveen.