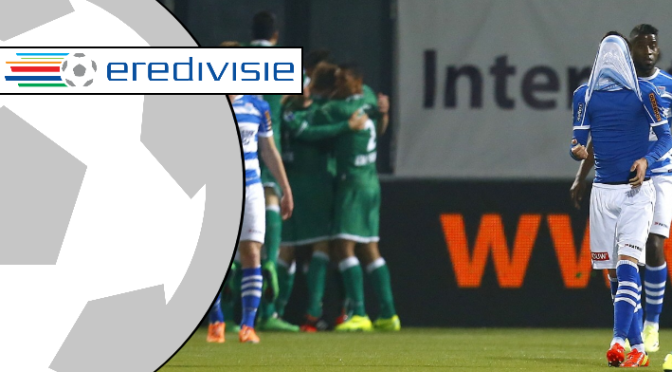 Brazilian defender Eric Botteghin netted the game’s only goal 20 minutes against his old club from time to settle matters in the visitors’ favour at IJsseldelta Stadion. After a free-kick was failed to be cleared by Zwolle, the ball fell to Maikel Kieftenbeld on the right-wing and the midfielder’s swung a deep ball into the back post. Botteghin emerged from a pack of players unmarked to head home at the back post on 70 minutes but did not celebrate out of respect for the club where his Dutch football career began in 2007.

It was a poor game with few chances but Groningen’s Marco Bizot was the busier of the two goalkeepers. After a dull first half, Zwolle striker Fred Benson saw his near-post effort beaten away by the visiting keeper. Bizot was called upon again in the closing stages, denying Bart van Hintum at the front post as Erwin van de Looi’s men held out to put secure their third successive league win.

Groningen remain in eighth but are now four points clear from Zwolle in ninth to hold the European play-off place but Zwolle seem to already have a European place next season when Ajax inevitably win the league.